Side Entry: Lambie top pick based on coach-captain quirk 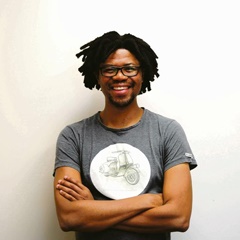 London - A week ago, Springbok coach Allister Coetzee was asked which players were in the running to replace Adriaan Strauss as his captain once he retires from international rugby at the end of this season, as telegraphed a couple of months ago.

The answer was open-ended: “I’ll use the time until next year’s incoming tour to identify the next captain.”

It’s always nice to know that some things never change in South African rugby. Why give a straight answer when you can obfuscate things?

But then, a few days ago, he announced Pat Lambie as captain of the Springbok XV to play in Saturday's uncapped match against the Barbarians.

The statement was at pains to point out that the arrangement was a temporary one forced by the weight of Lambie’s 53 Tests in a largely inexperienced side.

Yet, for all that, the utility back looks like he’ll be the first cab out of the taxi rank in a group that should also include Warren Whiteley, Francois Louw, Oupa Mohoje and, if he ever regains his 2014/15 form, Lood de Jager.

The thing is, Lambie was in the running to lead the team before Coetzee went with a stopgap measure in Strauss for the series against Ireland.

And one has to admit that, on the face of it, the decision looks like an easy one.

Lambie – possessed with the uncanny ability to do the right thing at the right time – is the right age (26) if the Boks are looking for a captain who’ll make it to the next World Cup; has the aforementioned 53 Test caps; looks to have been groomed for the role from the womb; and for a conservative coach like Coetzee, has little of the mercury that has seen Elton Jantjies blow hot and cold in the green jersey.

Another of his qualities is that he apparently loved koppe stamp practice at school, which means he is tougher than his angelic looks suggest. He also once scored a double century batting at eight for an Australian school as an exchange student, meaning he doesn’t mind proving people wrong when they underestimate him.

But there are a couple of questions against his possible elevation to captain: with a safety-first coach like Coetzee, does the team need a leader who himself seems a touch on the bland side, and is Lambie guaranteed a place in the starting line-up at fly half or fullback?

While the general understanding of the coach and captain relationship is that the latter is an extension of the mentor on the field, successful South African teams have always had a leader who complements the coach from a subtle point of difference rather than similarities.

Francois Pienaar was the diplomat to Kitch Christie’s blunt utterances; Gary Teichmann was the strong silent type to the garrulous Nick Mallett; and John Smit was a leader of men to Jake White’s schoolteacher approach, and a calming influence to the excitable Peter de Villiers.

The obvious candidate to be Coetzee’s captain would have been the direct and decisive former Stormers man Duane Vermeulen.

But being 30 already, having a physical playing style that frequently takes its toll on his body, and club commitments that appear to becoming more important than the national cause mean he’s likely to be overlooked.

As for whether Lambie can be assured of a place in the starting line-up, the answer is a definite no as he has never really been the incumbent for the Boks at either of his preferred positions – fly half or fullback.

But believe it or not, history suggests that South Africa’s successful captains post-isolation were always not sure of their place in the starting XV.

Pienaar had his Tiaan Strauss cross to bear, Teichmann had Bob Skinstad’s swallow dive hanging over his head and Smit had the Bismarck du Plessis situation to contend with.

So even with a hunting pack like Jantjies, Handrè Pollard or whoever else makes the Super Rugby grade next season after his Bok place, Lambie may well be our best candidate for captain based on a strange quirk in our history.

The catch is that neither Whiteley, Mohoje, Louw or De Jager are considered certainties at the moment either.

Related Links
Cheetahs: What a glorious bunch
Bra Stof a distinct rugby administrator
Coetzee: We've worked hard on our defence
Share
Next on Sport24
Springboks great guys, but on the field they want to hurt you - former All Black