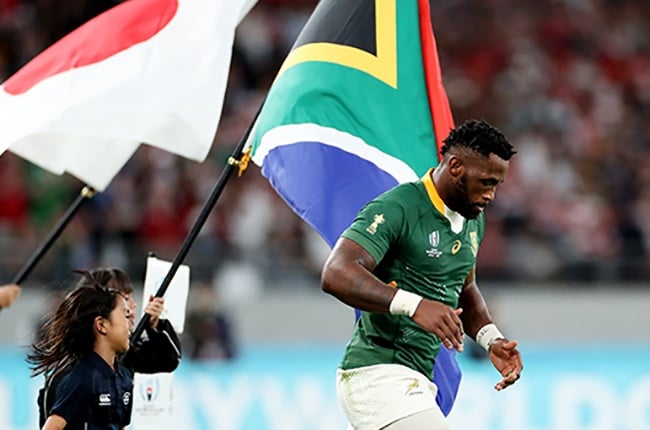 Springbok captain Siya Kolisi, contracted to Western Province and the Stormers until after this year's British & Irish Lions tour, is on the radar of the Sharks.

In a major development in the South African rugby landscape, it was announced on Thursday that American investors MVM Holdings had acquired a 51% stake of the Sharks.

When initial negotiations between MVM, headed up by former Durbanite Marco Masotti, and Western Province fell through towards the end of last year, the Sharks entered the fray and under the leadership of CEO Eduard Coetzee wasted little time in getting the deal over the line.

In a time of massive financial uncertainty given the impacts of the global coronavirus pandemic, the Sharks now have an established, committed and, most importantly, economically stable foundation.

The Kolisi link, though, is that Michael Yormark - the head of Roc Nation Sports - is also a member of the MVM leadership.

Kolisi, of course, joined Roc Nation Sports after the Rugby World Cup and he is one of the agency's biggest assets outside of the USA.

In September last year, Sport24 revealed that Kolisi was a "threshold issue" in the potential deal between Western Province and MVM given his standing as one of the world's major sporting icons.

In short, MVM only wanted Western Province if Kolisi was at the union and that is unlikely to change now that the Americans are looking to build their empire in Durban.

Sport24 has further learnt that a Kolisi move to Kings Park is very much on the radar of the leadership in Durban.

Cheslin Kolbe is a member of Roc Nation, but he is currently contracted to Toulouse for another two season.

We live in a world where facts and fiction get blurred
In times of uncertainty you need journalism you can trust. For 14 free days, you can have access to a world of in-depth analyses, investigative journalism, top opinions and a range of features. Journalism strengthens democracy. Invest in the future today. Thereafter you will be billed R75 per month. You can cancel anytime and if you cancel within 14 days you won't be billed.
Subscribe to News24
Related Links
'No excuses' for Gibbes' Top 14 leaders La Rochelle at Racing 92
Jake's Bulls: Defensive zeal has been a big driver
SA Test commentary: Like Proteas, in tricky 'transition'
Next on Sport24
Willie le Roux training as back-up Bok flyhalf for Wales Tests