Swys sold on Lukhanyo and 'phenomenal' Rohan partnering for Boks too: 'That's a combination' 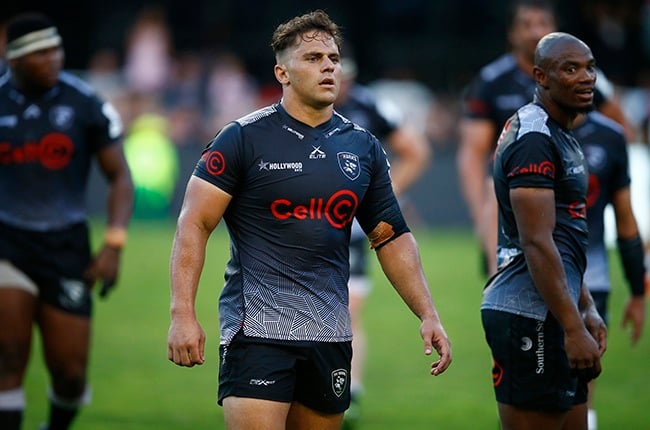 He might not be able to lobby Springbok team management directly anymore, but Swys de Bruin is clearly sold on the Sharks' midfield pairing of Lukhanyo Am and Rohan Janse van Rensburg replicating their partnership at international level.

Janse van Rensburg's signing at the end of last season had elicited much excitement already, with many believing the duo would complement each other.

Am's knee injury - sustained during last year's Rugby Championship - and Janse van Rensburg's early-season suspension for illegal tackling meant that the Durbanites haven't truly had an opportunity for the combination to dovetail.

But the past few weeks have seen that dynamic change ... and the results are now apparent.

"Talking about those two centres, for me, that's a [classical] centre combination," said the former Lions head coach and Springbok consultant.

"Lukhanyo runs the defence so well, communicates brilliantly and he's got silky hands on attack. And then Rohan Janse van Rensburg is this [difficult attacker to stop], when you tackle him, you've got to hold him because he will worm out of the tackle and off-load.

Unsurprisingly, De Bruin advocates that Am and Janse van Rensburg would be a viable Bok pairing, especially if Damian de Allende weren't available.

His point can be further reinforced by the fact that Janse van Rensburg has been a player of national interest over the past two years again and would provide depth in a No 12 position that only really boasts De Allende and the perennially underused Andre Esterhuizen as "regulars".

"For higher honours, that could be a good pairing going forward, especially if something happens to Damian de Allende," said De Bruin.

We live in a world where facts and fiction get blurred
In times of uncertainty you need journalism you can trust. For 14 free days, you can have access to a world of in-depth analyses, investigative journalism, top opinions and a range of features. Journalism strengthens democracy. Invest in the future today. Thereafter you will be billed R75 per month. You can cancel anytime and if you cancel within 14 days you won't be billed.
Subscribe to News24
Next on Sport
Boks: De Jager resurfacing eases some nervous flutters