Cape Town - In an exclusive interview, ex-Wales centre TOM SHANKLIN talks about Siya Kolisi’s lucky escape from the law, who he tips for World Rugby Player of the Year and previews the Test in Cardiff on Saturday.

Sport24 asked: What’s your assessment of Wales this autumn series?

Tom Shanklin: Things are building nicely for Wales, who are on the brink of their most successful autumn series in 12 years, after three wins from three. I was in the Welsh camp this week and the players are really well-mannered and their feet are on the ground. There is a massive emphasis on finishing with a big performance against South Africa. Warren Gatland (who will be replaced by Wayne Pivac as head coach after the next World Cup) has said that this is probably the best group of players he has worked with in his 10 years with Wales. Rassie Erasmus has described Wales as “silent assassins” and I think that’s a fair assessment as no one has being talking about them too much. Ireland have been hogging the headlines, and rightly so after the result against New Zealand in Dublin, which was the game of the year. Wales, meanwhile, have been quietly going about their business and not doing anything too flash.  Wales want to finish off on a high, and the last few results against South Africa have been very good. (The Dragons are on a three-match winning streak against the Springboks). It’s one thing believing that you can beat another team and another thing doing it. All of sudden, this Welsh side know they can go out and perform and beat some of the best.

Sport24 asked: What’s your opinion on the state of Springbok rugby?

Tom Shanklin: Last year when we spoke, I said that South Africa dominated teams physically but not mentally and I think that is shifting. What we are seeing is development within the Springbok team. Confidence is a precious commodity in sport and we have seen that with Wales’s victory over Australia and the Springboks beating the All Blacks during the Rugby Championship. It’s still basically the same group of players, but I feel Rassie has instilled a sense of confidence and belief within the players. Last weekend against Scotland, South Africa displayed their mental toughness by grinding out the six-point victory. The Springbok pack switched on and really turned that contest on its head.

Sport24 asked: Is Siya Kolisi lucky to have escaped a head-butting ban?

Tom Shanklin: In terms of the video evidence, it looks bad as Kolisi shoots his head back. Whether or not he should have been shown a red card is now a moot point, but I think Kolisi is quite lucky to have escaped a ban and be eligible to play against Wales. While I don’t condone Kolisi’s actions, as a former player I can tell you that there is nothing more infuriating than getting held into a ruck or getting pulled back when you are trying to chase the support runner. Kolisi may have dodged a bullet, but in the same match I felt Willie le Roux was unlucky to get sin-binned because, for me, that was nowhere near a yellow card. The ball was in the air for a long time and he was actually trying to flip the ball up, so from that aspect the South Africans can feel hard done by... There are massive inconsistencies in the game at the moment because all the calls are subjective and everyone has a different opinion. There are inconsistencies everywhere and that is what makes players, coaches and fans feel hard done by. One week a red card and ban can be dished out and the next week nothing is done about a dangerous incident. I think it’s a big turning point for rugby at the moment and everyone is after consistency. However, it’s so difficult because the game isn’t managed by robots but by referees and citing commissioners, who all have different opinions. Perhaps a solution is having a world citing commission and then branches outside of that. All of this needs to be done very quickly because players need to know whether or not they are available to play. The question is, how do you get consistency across the board in terms of refereeing and citing commissions? That must be one of the top three things on World Rugby’s to-do list because something has got to give.

Sport24 asked: How would you assess the centre battle on Saturday?

Tom Shanklin: It’s a mouth-watering match-up and, for me, the premier battle within the battle. Damian de Allende is a such a brute and is so strong. He is a great ball-carrier and Jesse Kriel has terrific acceleration and power, which we saw against Scotland. South Africa’s centre combination has really worked and I enjoy Kriel in the centre. He is much better utilised in the midfield as opposed to on the wing. He has been used on the wing at times because he is so fast and powerful, but I prefer him at 13. In Hadleigh Parkes and Jonathan Davies, Wales have a strong centre pairing. Davies has been out for a bit of time, but he is back, hungry and fit. He is a great strike-runner and is good at hitting angles and getting on the end of tries. He reads games really well and is resolute defensively. Parkes, meanwhile, scored two tries against South Africa last year. I see a lot of him when he plays for Scarlets and he is a very low error-count player. Moreover, he does the basics really well and people underestimate his passing game - he is a very good distributor. He must be great to play alongside because he doesn’t often miss tackles, lose the ball in contact and you don’t have to worry about him. You can let him get on with his own game and you can focus on your play.

Sport24 asked: How’ve you enjoyed transitioning to the media world?

Tom Shanklin: I do a BBC podcast - Flats & Shanks - and video inserts with former England international David Flatman. We were flatmates while playing at Saracens. We try to make rugby for everyone and we have been described as “the modern day Laurel and Hardy boys.” We are good mates and can’t be serious for too long and that comes across in the work that we do. Last week, Flats wasn’t available so a mate of mine, Steve Speirs, came with me to the south of France to visit Bryan Habana in Toulon. Steve thought he was coming along for a culinary experience, but that wasn’t the case. With 124 caps for South Africa and having scored 67 tries, you would have thought we would have asked Bryan something of relevance about the game and looked to have gained some of his insights, but that wasn’t in the script. I tried to race against him dressed as an emu! As Bryan had raced against a cheetah in the past, we thought why not ask him to race against an emu. I set of on the race, but Bryan wasn’t having any of it and I ended up racing on my own! We produce a very serious magazine programme for ScrumV about the oval-shaped game and it’s crucial to mix in a bit of fun with the seriousness. That is what we try to do and I suppose that has become our niche. People seem to enjoy what we do and the motto we have is that if it’s not broken, don’t try to fix it.

Sport24 asked: Is Ireland’s victory over New Zealand a game-changer?

Tom Shanklin: Ireland have beaten the best team in the world, but you can’t call them the best just because they have defeated New Zealand once in Dublin. Until Ireland can beat New Zealand consistently home and away, I believe the All Blacks will remain the premier team in world rugby and Ireland will stay number two. I think the All Blacks will still go into the 2019 Rugby World Cup as favourites, closely followed by Ireland. We have seen over the last couple World Cups how great the men in black have been. If Ireland play against New Zealand and beat them again then you would probably say that Ireland are the best team in the world. The All Blacks look and sound like they are going through a bit of a transition period. Post-match, Steve Hansen spoke about the fact that they are trying to play in a slightly different way in Europe and that they are caught between game plans.

Sport24 asked: Who gets your vote for World Rugby Player of the Year?

Tom Shanklin: Johnny Sexton has been nominated alongside Beauden Barrett, Faf de Klerk, Rieko Ioane and Malcolm Marx. It’s a really tough list from which to choose, but I would probably say that Sexton deserves the award. That may be a bit of my northern hemisphere bias coming through, but the man is just a warrior. Age shouldn’t come into the equation, but it probably will. At 33, he is still performing at the top level time and time again. He is critical to the way Ireland play and his performances every single game are world-class. It must also be said that Barrett was phenomenal during the Rugby Championship. He was on the end of everything and was individually brilliant. In terms of the South Africans, what a player Marx is and De Klerk has made the No.9 jumper his own.

Sport24 asked: Your outlook ahead of the 35th Test between the nations?

Tom Shanklin: The first 20 minutes are going to be brutal. You will see both teams playing confrontational rugby and trying to win the muscle battle. The collisions will be absolutely massive. In terms of attack, South Africa look very dangerous from kick receipts and turnovers. When Le Roux gets the ball on the outside channels he always seems to break the line and put others into space. We have seen Wales play a bit differently with Gareth Anscombe, who takes the ball flatter and is a running threat because he has pace to burn and boasts a great side-step. Anscombe is a real attacking threat individually and what that does is narrows teams up. When a No.10 can run with the ball and make breaks, all of a sudden you have to keep an eye on the pivot defensively and that creates space out-wide. I reckon South Africa will keep it a little bit tighter than their hosts. They will use De Allende a lot in the centre and Pieter-Steph du Toit as a secondary runner off the initial hit. Defensively both teams are solid, so I don’t expect it to be a massively high-scoring match. I don’t think we’ll see the ball being thrown around willy-nilly. The contest, which pits third against fifth, is too close to call and if local bookmakers are to be believed there is nothing separating the two sides.

Related Links
Etzebeth on the bench, Boks unchanged for Wales
Welsh on the hunt for streaker blamed for ’98 defeat to Boks
Venter: Nothing exceptional about the All Blacks
Share
Next on Sport24
Makazole Mapimpi writes for Sport24: Why Uyinene Mrwetyana's case made me stand up 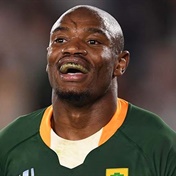