Stormers coach Dobson on Pieter-Steph's Japan move: 'He would go with our blessings' 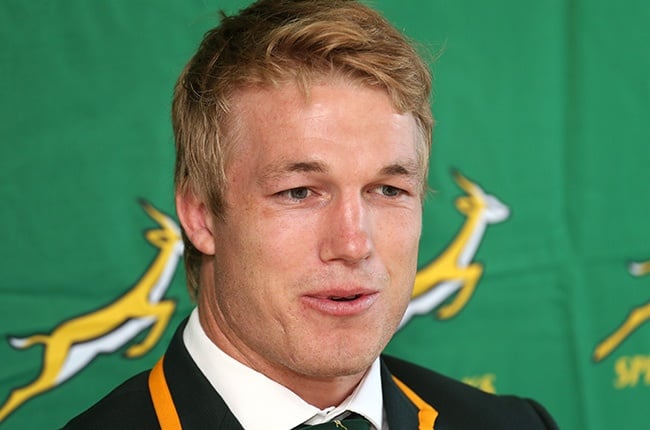 In May last year, the Stormers through their head coach John Dobson were involved in one of the most highly-publicised transfer sagas in recent South African rugby history when they fought to hold onto 2019 World Rugby Player of the Year, Pieter-Steph du Toit.

It came as no surprise that Du Toit, one of the most physically imposing forwards in the game, had attracted big-money offers from around the world, with clubs in France reported as being particularly interested.

In the end, despite the shrinking South African rugby economy and enforced pay cuts that came as a result of the national coronavirus lockdown, the Capetonians kept their man.

It was a stunning piece of business from Western Province.

Du Toit's contract at the union runs until the end of October this year and, this time, it appears almost certain that he will pack his bags and head for more lucrative pastures abroad.

Japan appears to be the destination, with weekend reports suggesting that Toyota Verblitz are the frontrunners to land Du Toit's valuable signature.

Dobson and the Stormers will not put up much of a fight, sending one of their star attractions on his way with blessings and well-wishes.

Du Toit has only just recovered from an injury that not only threatened his career, but almost saw his leg amputated.

"I think the stats are that of the 45 that have had exactly that form of compartment syndrome, there have been 22 amputations. You're looking at a 50% chance of amputation," Dobson told media on Monday.

The road to recovery was a long one, but Du Toit now has another shot at returning to the playing field. He is currently sidelined with a nose injury, but before that he was due to make his comeback for the Stormers in the ongoing preparation series as soon as next week.

"I think people largely missed the human and humane side, which was there was a chance this guy could have had an amputation and he could never even play touch rugby again or with his kids in the garden or that he wasn't going to be the same kind of player he was," Dobson added.

That human element, Dobson said, is a large part of the reason the Stormers have not fought harder this time around.

Du Toit is 28-years-old and with any injury of this scale, there are no guarantees in terms of how the player will recover long-term.

Dobson confirmed that the union had entered into negotiations with Du Toit "a few weeks ago" over the possibility of extending his stay in Cape Town beyond October.

"We pushed pause and literally said 'Pieter, do whatever is best for you'.

"That injury has taken a significant trauma and it's affected him quite a lot, mentally as well.

"Why we didn't do a hard negotiation a few weeks ago is that we realised there are a lot of nuances to it and a human side to this injury.

"If you get a massive offer from Japan, which is a different sort of level of rugby, then frankly from our side he would be ill-considered not to consider it. The amounts there, for World Player of the Year, are just stratospheric, I would imagine."

"We can't compete on that level and if he does accept an offer from Japan based on that, then he will go with all our blessings."

Dobson acknowledged that, had he known last May what he knew now, the course of action in fighting so hard for Du Toit would likely have been different.

"It's the benefit of hindsight. If we could push 'rewind' we probably would have taken a different course of action. It hasn't worked out and it's just rank bad luck," he said.

Dobson said he is hoping to talk to Du Toit this week after receiving clarity from his agent, and there is still the possibility of the Japan move being in the form of a sabbatical with a return to Cape Town at a later stage.

The other potentially good news for the Stormers is that Dobson is expecting Du Toit to feature in the upcoming Rainbow Cup, which is scheduled to get underway in April.

"What I do know is that Pieter will be back on the field soon," said Dobson.

"We were hoping for next week, but that's not going to be because of his broken nose, but he will be a very important part of us in the Rainbow Cup and we're looking forward to doing well in that competition at full strength.

"He's a freak of nature as an athlete. He could be back and dominating the Rainbow Cup in a few weeks' time."

"When he started training having been out for around 11 months, he was absolutely extraordinary."

We live in a world where facts and fiction get blurred
In times of uncertainty you need journalism you can trust. For 14 free days, you can have access to a world of in-depth analyses, investigative journalism, top opinions and a range of features. Journalism strengthens democracy. Invest in the future today. Thereafter you will be billed R75 per month. You can cancel anytime and if you cancel within 14 days you won't be billed.
Subscribe to News24
Related Links
Blues irked by South African comparison
50-cap 'Irishman' Stander ... one of our finest exports
Neil Powell linked to coaching role at Sharks
Next on Sport24
Boks: De Allende should keep one eye over shoulder