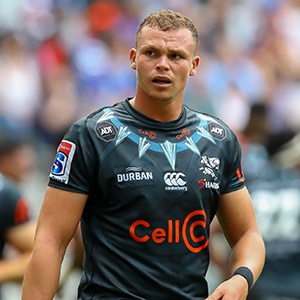 Sharks flyhalf Curwin Bosch, named man of the match in Saturday's 33-19 win over the Jaguares in Durban, has thanked coach Sean Everitt for showing faith in him in the No 10 jersey this season.

Bosch, who was played more as a fullback under former coach Robert du Preez last season, is the tournament's leading points scorer this season with 72 and he added 13 to that haul on Saturday.

"It was very satisfying to succeed against a quality team like the Jaguares," Bosch was quoted as saying by AFP after the match.

"Our forwards deserve special praise as they performed well against a Jaguares pack full of internationals.

"Thanks to my coach (Sean Everitt) for giving me an extended run at flyhalf, which is my favourite position, after being moved around the backline last year."

The Sharks have now moved to the top of the overall log in Super Rugby 2020 with five wins from their six outings this season. 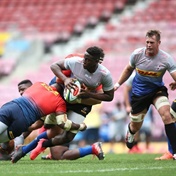