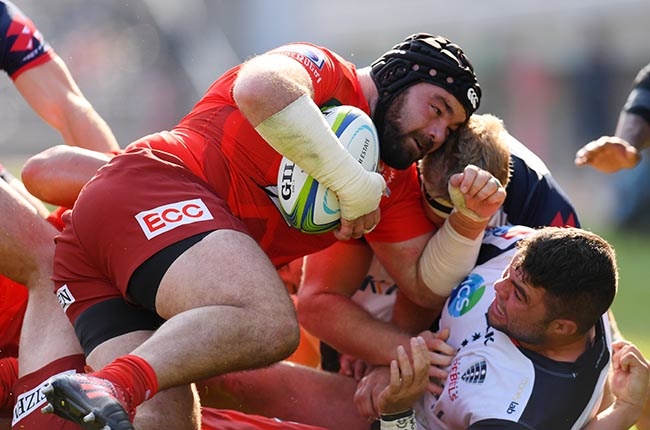 Hencus van Wyk in action during a Super Rugby match between the Sunwolves and Rebels in Fukuoka on 1 February 2020.
Atsushi Tomura/Getty Images
The Cheetahs have signed deals with front-rankers Khutha Mchunu and Hencus van Wyk.

The 23-year-old Mchunu joins on a one-year contract from the Sharks, where he had limited game time.

Van Wyk, 28, has signed a short-term contract until the end of January 2021. He has previously represented the Bulls and Lions and most recently played for the Munakata Sanix Blues and Sunwolves in Japan.

Mchunu told the Cheetahs' official website that he was looking forward to getting more game time.

"For me, coming here to Bloemfontein is all about opportunity and just trying to get myself out onto the pitch to contribute to the Cheetahs culture and the way they play.

"The guys are playing some really good rugby at the moment, so I am just looking to contribute to the team in whatever way I can, be it on or off the field. I'm just looking forward to playing my part here at the Cheetahs."

Van Wyk added: "It's a great privilege and honour to be in Bloemfontein with the Cheetahs for the next couple of months.

"It is very sad for them to have been kicked out of the PRO14 the way they have. I reckon that it was premature, but because the Cheetahs haven't really shown yet what they are capable of.

"For me to fill those shoes at the Cheetahs will be a massive job and I am really looking forward to pulling the white-and-orange jersey over my head."

We live in a world where facts and fiction get blurred
In times of uncertainty you need journalism you can trust. For only R75 per month, you have access to a world of in-depth analyses, investigative journalism, top opinions and a range of features. Journalism strengthens democracy. Invest in the future today.
Subscribe to News24
Related Links
Super Rugby Unlocked's Covid-19 outbreak related to Stormers-Lions clash
Stormers coach wary of Pumas threats: 'They've got a good kicking game... can strike from wide'
The unseen consequences of SA Rugby's PRO Rugby vote
Next on Sport24
Larkham exits Munster to become Brumbies coach