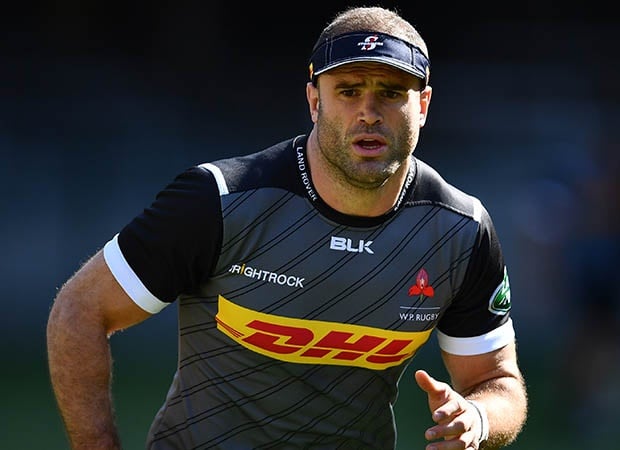 British and Irish Lions and Wales centre Jamie Roberts has spoken out on his brief time in Super Rugby with the Stormers.

Speaking to Wales Online, the experienced Roberts says even though his time playing in Super Rugby was cut short by the Covid-19 pandemic, it gave him an understanding as to why teams from the Southern Hemisphere dominate at the World Cup.

“Down there (in the southern hemisphere) it’s more one on one collisions and you can use your footwork and off-load a bit more,” said Roberts.

“There’s more space in Super Rugby because the speed of ball and the pitch is quicker. Players’ hand speed is quicker so you have to defend the full width of the pitch," Roberts added.

That, he says, and the fact that collisions are often just one player on another, means more space in the middle of the field.

“When you have to do that, space opens up in the middle of the park. The collisions are one on one, not one into two like they are up north.

“If you defend too narrow down there they just go pass, pass, pass and score in the corner.

“The style of rugby there gives you the opportunity to use your foot work in the middle of the park," said the 33-year old.

Roberts believes playing Super Rugby has helped his game as he looks to make his debut for the Dragons in the PRO14 which gets underway soon.

“I think I’m a better all-round player, it’s a case of continuing to develop and improve as a player,” said Roberts, who has 94 Wales caps to his name.

“There’s no secret to the way I’ve played the game over the years. I like to think I have brought value to the teams I’ve played in.

“I enjoy the confrontation side of rugby but it’s adding subtly around that, the off-loading game and a bit more footwork.

“Super Rugby allowed me to do that a bit better because there’s a bit more space on the field compared to in the Premiership, where you end up running into about three players.

“Hopefully, I will find myself with a bit more time on the ball here so I can showcase those skills as well," he said.

The Dragons are in action in the PRO14 on Sunday, 23 August.