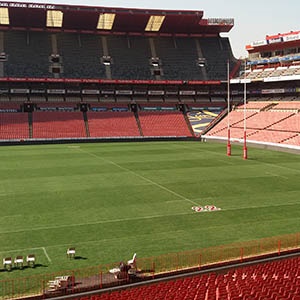 Johannesburg - The Lions are hoping to have at least 40 000 people at Ellis Park for Saturday's Super Rugby semi-final against the Hurricanes.

That is the view of the franchise's Chief Financial and Commercial Officer, Edgar Rathbone, who confirmed to Sport24 at Ellis Park on Friday that 35 000 tickets had been sold by the start of the day.

While that number is nowhere near a sellout - the stadium has a capacity of 62 000 - it would be significantly higher than last weekend's quarter-final, which saw around 26 000 tickets sold for the clash against the Sharks.