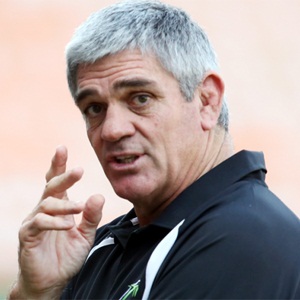 Cape Town - Former Springbok coach Nick Mallett says the Lions’ Super Rugby win over the Bulls in Pretoria was due to their dominance up front.

The Lions scored six tries as well a penalty try to beat their neighbours 49-35 in the Jukskei derby.

Mallett commented on the game in the SuperSport studio afterwards.

“The Lions played very, very well. I sit here, suitably chastened. I thought that the home advantage would be enough to be the difference for the Bulls. But I underestimated how well the Lions pack got stuck into them. They scored three tries from driving mauls with seven tries to four in the end and that was really the difference: the dominance that they had from 10m out,” Mallett said.

“The Bulls had an opportunity for a driving maul try and the first time they got a penalty, they kicked for touch again and then the Lions went up and contested the ball. There was just a little bit more experience in that Lions side.”

According to Mallett, the Lions go their tactics spot on.

“Congratulations to them for taking the Bulls on in the forwards and not playing that free-flowing running game that we have come to love with the Lions. They decided, particularly in that first half, to keep it tight with little grubbers to turn the Bulls around. It was just a very confident and comprehensive performance by the Lions and a good win for them.”

We live in a world where facts and fiction get blurred
In times of uncertainty you need journalism you can trust. For only R75 per month, you have access to a world of in-depth analyses, investigative journalism, top opinions and a range of features. Journalism strengthens democracy. Invest in the future today.
Subscribe to News24
Related Links
Blitzboks lose Bronze final, maintain series lead
Lions sign top Cape coach
Moerat to answer Stormers SOS call
Next on Sport24
Chiefs hold on for nail-biting victory over the Force