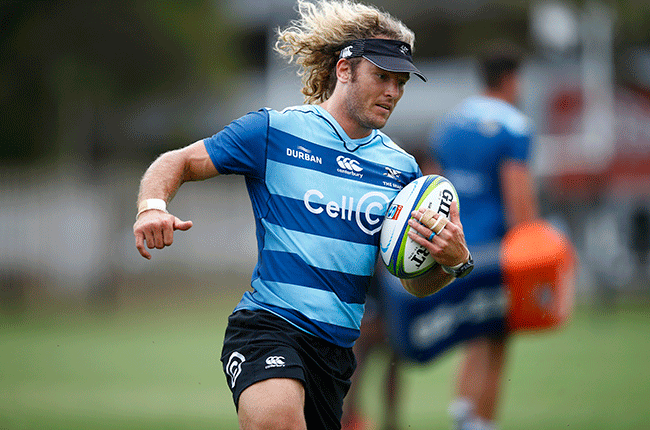 A new-look Sharks backline will face the Bulls in the first match of Super Fan Saturday at Loftus Versfeld in Pretoria this weekend.

Bosch and Petersen are two of five Springboks in the Sharks' squad - the other three are among the forwards: Ox Nche, Thomas du Toit and Sikhumbuzo Notshe.

Bosch admitted that he can't wait to get stuck into rugby action again after such a long break and was also pleased with the quality of players that have joined the Sharks.

"It's exciting times now, it's been great to get back into training although the body is still getting used to contact, but we're looking forward to finally getting back onto the pitch and throwing a rugby ball around," said Bosch.

"Manie Libbok will slot in very well here with the style we play. The backs he will have around him will compliment his game. We're looking forward to seeing what he can add.

"And we all know the type of player Werner Kok is. We are a team that pride ourselves in never giving up and going for the full 80-minutes and Werner is the kind of player who never backs off. He will add a lot of value with his work rate and work ethic off the ball."

Bosch admits that a return to rugby means regaining momentum again and this is the opportunity to get started on building to a level where they left off in Super Rugby.

"It's going to be tough for all of us, but it's about starting with the basics once again," he said.

"This weekend is the perfect opportunity to sharpen up on a few basics as well as things we've been working on over the past couple of weeks in preparation for a return to play."

We live in a world where facts and fiction get blurred
In times of uncertainty you need journalism you can trust. For only R75 per month, you have access to a world of in-depth analyses, investigative journalism, top opinions and a range of features. Journalism strengthens democracy. Invest in the future today.
Subscribe to News24
Related Links
Weekend teams | Super Fan Saturday
New arrival Warrick Gelant to start for Stormers at Super Fan Saturday, Kolisi captains
More than 320 000 ticket applications for British & Irish Lions tour 2021
Next on Sport24
Lions tinker with young-wise tonic in order to 'make a statement'