Pat Lambie: I would have loved to play in this Sharks team 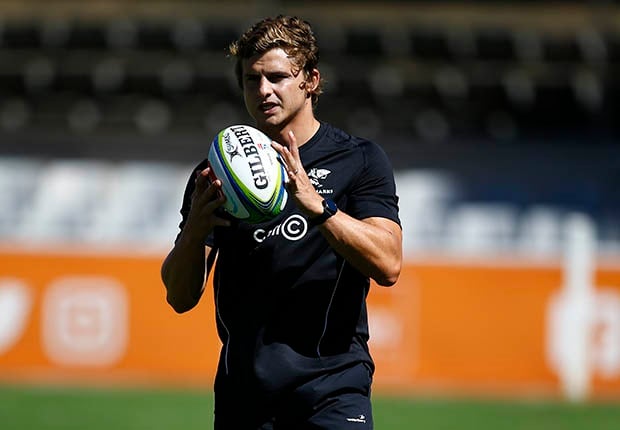 Head coach Sean Everitt’s ensemble thrilled rugby fans from the minute they beat the Bulls in Durban in round one to the last match before the coronavirus pandemic intervened, a thrilling 24-14 defeat of the Stormers at Kings Park.

They were on top of the combined standings, with three Australasian tour wins already in the bag, and on a high-speed highway to a home playoff and quite possibly the No 1 overall seed and they did it all playing the kind of rugby that sends pulses racing.

Since breaking through in 2010, Lambie was part of some amazing Sharks teams in the last decade before his career was tragically cut short last year. The 2010 and 2013 Currie Cup teams immediately spring to mind as well as the 2012 Super Rugby finalists that made it all the way to the death despite some incredible odds.

"I would have absolutely loved playing in this Sharks team," Lambie said.

"It’s a really happy team, it’s a winning team and they were playing some exceptional rugby. The backline is absolutely lethal and the forwards have played out of their boots.

"Together (forwards and backs) they’ve put in some solid performances. It seems like the players are enjoying what the coaching staff are asking them to do and they are all buying into the plan.

"I guess that’s why they were successful in Super Rugby before it was cut short."

When Everitt replaced Robert du Preez in the coaching booth, it was like a vacuum cleaner had replaced a grubby old broom. Everitt swept the team clean of simmering locker room unhappiness and transformed both the game plan and the personnel.

For a long time Everitt was overlooked for the Super Rugby job; filling in at Currie Cup level, coaching the backs or acting whenever the Sharks were mid-crises, before getting relegated back down to coach juniors.

Those who knew him, however, understood that his vision for the game was equal to any of the big names around and the 2020 season gave everyone a meaty glimpse of it.

Lambie, whose first coach at the Sharks ranks was Everitt, said the coach’s personality endeared him to the players he mentored.

"He’s very easy to get along with and he likes to see the positive in things," said Lambie.

"He’s honest and so he’s got a good relationship with all the players. When players trust you, they want to perform better and keep improving every week.

"He has a very good understanding of the game and the way he presents his ideas to players makes them believe in what he’s trying to do. Players like knowing where they stand and knowing that the coach wants what’s best for them and for the team.

"The biggest thing, though, is that he doesn’t have a big ego and he’s a likeable guy."

Everitt’s effortlessly egoless approach to managing his players has even caught the attention of players from opposing teams, such as former Bulls flyhalf Manie Libbok, who opted to take his talents to the East Coast.

We live in a world where facts and fiction get blurred
In times of uncertainty you need journalism you can trust. For only R75 per month, you have access to a world of in-depth analyses, investigative journalism, top opinions and a range of features. Journalism strengthens democracy. Invest in the future today.
Subscribe to News24
Related Links
Tim Swiel on why a move north could be a good option for SA Rugby
England scrumhalf swaps Saracens for Bath
Sharks assistant Brent Janse van Rensburg: I can now simply coach again
Next on Sport24
In-demand Robertson recommits to Crusaders, New Zealand