Playing as hot as a shower: The revival of Cheetahs hooker Reinach 'Geyser' Venter 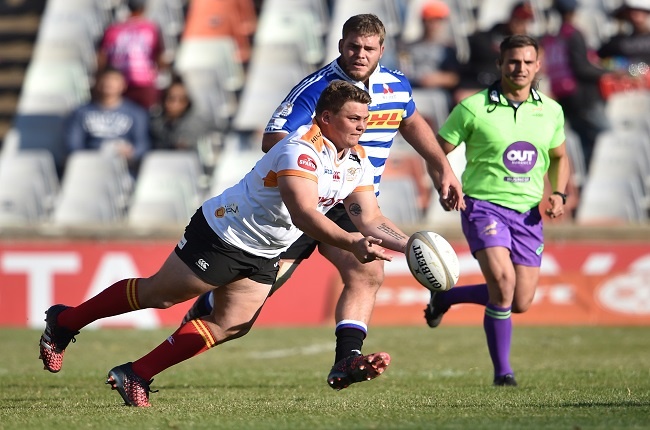 He's affectionately known as "Geyser" to his teammates but Cheetahs hooker Reinach Venter isn't just a compact heavyweight in the scrums anymore, static like the appliance in one's roof.

The 25-year-old is now delivering performances as hot as the water coming out of the shower in winter.

Venter was a standout member of an excellent Cheetahs tight five at weekend, who laid the foundation for a tight yet deserved 19-17 victory over the Bulls in Super Rugby Unlocked.

He gained 23 running metres from six crunching carries, completing six tackles and winning a turnover and also winning all 13 of this line-out throws.

As it turned out, the former Waterkloof pupil had earlier that Friday morning been awarded a contract for the duration of the domestic programme, recognition for some superb showing in the build-up to local rugby's competitive resumption.

"He didn't have a full-time contract for the season," said Hawies Fourie, the Cheetahs' head coach.

"But Reinach did so well in our warm-up matches and the opening round of Unlocked that we offered him a deal (hours before the Bulls fixture). I'm very happy for him because it shows once again that hard work gets rewarded."

Venter's resurgence is brilliant news for the central franchise, who looked short on options in the No 2 jersey after Wilmar Arnoldi fractured his cheekbone in the first week of contact training last month.

That left them with only Venter, Namibian international Louis "Chucky" van der Westhuizen and a makeshift candidate in flanker Marnus van der Merwe.

Yet it took a simple if pronounced mind-shift for Venter during lockdown to scale these new heights, predominantly because his 1.76m and 112kg frame was, a few months back, a problem.

"Before I started at the Cheetahs late last year, Geyser was always switching between prop and hooker. There was little clarity for him in terms of which position he had to focus on," said Fourie.

"So I told him we needed to make a choice and he chose hooker."

It was clearly the right decision as Venter, who was part of the Junior Springboks' extended training group in 2015, bucked the trend of some local front-rowers packing in a few too many in lockdown by actively shedding pounds.

"He really worked hard. He lost between eight and ten kilos during our downtime. I was astounded with the player that returned to training a few months ago," said Fourie.

"He's continuing to work hard, it's great to see. Our pack had some really tough competition last week and he was one of the guys that stood his ground manfully."

We live in a world where facts and fiction get blurred
In times of uncertainty you need journalism you can trust. For only R75 per month, you have access to a world of in-depth analyses, investigative journalism, top opinions and a range of features. Journalism strengthens democracy. Invest in the future today.
Subscribe to News24
Related Links
Slipper urges Wallabies to cut Bledisloe blunders
Fijian winger Josua Tuisova joins Cheslin Kolbe atop Top 14's try-scoring charts
All Black Perenara to play next season in Japan
Next on Sport24
Son of rugby great Michael Lynagh signs for Reds