Ruan Pienaar injury not as severe as initially feared 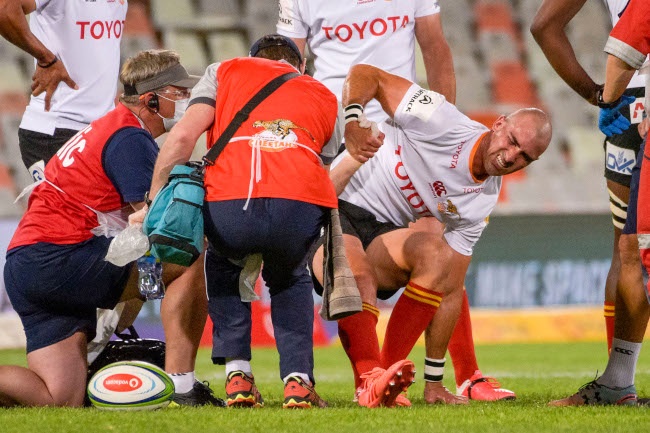 The Cheetahs are hopeful that captain and scrumhalf Ruan Pienaar could return to action before the end of the year.

The Springbok veteran injured his knee in the first half of his side's 19-17 win over the Bulls last Friday.

It was feared that he could be sidelined for several months, with a possible possible anterior cruciate ligament tear, but a scan has since revealed a medial ligament injury.

"I saw the doctor on Sunday and it was the medial cruciate ligament, as I expected. It's not too serious, but it's still not good news," Pienaar told Netwerk24.

"There is still an outside chance that I could return before this next lot of fixtures (in Super Rugby Unlocked), hopefully before the end of the year or in the new year.

"It's not the end of the world, it's just frustrating after we were away from the field for so long. It's just part of the game."

Pienaar was set to visit orthopaedic surgeon Dr Johan Kruger on Monday morning to gain more clarity on the injury.

We live in a world where facts and fiction get blurred
In times of uncertainty you need journalism you can trust. For only R75 per month, you have access to a world of in-depth analyses, investigative journalism, top opinions and a range of features. Journalism strengthens democracy. Invest in the future today.
Subscribe to News24
Related Links
Fijian winger Josua Tuisova joins Cheslin Kolbe atop Top 14's try-scoring charts
All Black Perenara to play next season in Japan
AB a 'freak', Wenger misses 'drug' of coaching: Who said what in sport this weekend
Next on Sport24
Ex-All Black Aaron Mauger to coach Moana Pasifika