Sharks bracing for battle against Stonehouse's 'desperate soldiers' in Nelspruit 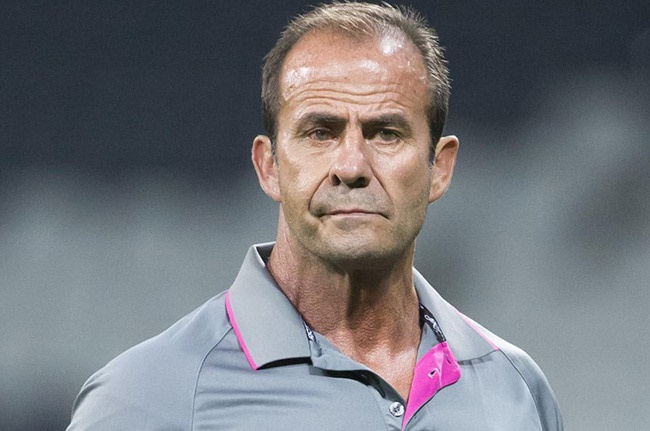 Last Friday night, the Pumas were left gutted at the final whistle of their Super Rugby Unlocked clash against the Stormers in Nelspruit.

Very few had given coach Jimmy Stonehouse's charges a sniff of victory against the Bok-laden Capetonians, but a fearless and energetic display saw them stun the Stormers as they opened up a 37-14 lead heading into the final 20 minutes.

Yet, somehow, the Stormers found a way back and scored four unanswered tries in that time to emerge as 42-37 winners in a result coach John Dobson called a "burglary".

The performance of the Pumas may have stunned many, but Sharks coach Sean Everitt was not at all surprised.

He has seen enough over the years to know that the Pumas, always underdogs against the major unions, are a challenging proposition on their own stomping ground.

"I've been on the receiving end of that a few times," Everitt said on Thursday, remembering a few trips to Mpumalanga.

"The Pumas in Nelspruit are always a difficult team to play against. They're desperate and there are players in those smaller unions that want to get contracts at bigger unions.

"Everyone wrote them off after the first game when the Cheetahs blitzed them in the first half, but they certainly showed their potential in the game against Griquas in Kimberley and probably deserved to win that game against the Stormers on Friday night.

"There is no underestimating them as far as we are concerned. We've seen what they can produce."

Everitt also had kind words for Stonehouse, who he said had created a fighting culture at the union.

"We know that they're fighters. They show a tremendous amount of energy on the field. They play like desperate soldiers and maybe that's what Jimmy gets out of them," he said.

"As Jimmy has said, to keep rugby alive in the smaller unions they need success and results so that they can get sponsors. They're fighting for their livelihoods and their franchise, which is great to see."

The Sharks are also looking to bounce back from a disappointing loss after they were smashed 41-14 at Loftus last weekend.

"That game is gone now and it's time to move forward."

We live in a world where facts and fiction get blurred
In times of uncertainty you need journalism you can trust. For only R75 per month, you have access to a world of in-depth analyses, investigative journalism, top opinions and a range of features. Journalism strengthens democracy. Invest in the future today.
Subscribe to News24
Related Links
Sharks without Springboks Du Toit, Notshe for Pumas trip
Centurion and 'freak' Healy still adds cutting edge to Irish pack
Schoolboy team-mates face off as Bledisloe rivals
Next on Sport24
Ex-All Black Aaron Mauger to coach Moana Pasifika