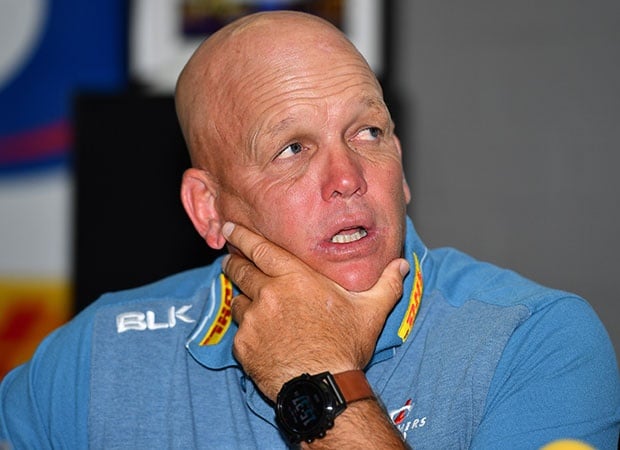 This was Stormers coach John Dobson's response after his side claimed a come-from-behind 42-37 Super Rugby Unlocked win over the Pumas in Nelspruit on Friday evening.

The Pumas led 37-14 midway through the second-half before the Cape side launched a stunning comeback to stun their hosts.

Dobson told reporters afterwards that his charges were lucky to walk away as victors.

"Probably the only thing we showed was some character towards the end. We were really well beaten, the Pumas were outstanding - they probably left two or three tries out there," the coach said.

Dobson, however, lauded the character of his players, especially their substitutes.

"We were poor and we were well beaten - [but] you just can't coach [the] sort of character that came from those guys - all our Springboks were off and it was our next tier that really stood up and I'm really proud of it."

The hosts led 20-7 after the first quarter but were then dealt a cruel blow when Fouche injured his knee at a ruck and had to be replaced.

Dobson said Fouche's kicking game was instrumental in getting the Pumas on the front foot.

"Their kicking game... obviously a horrible injury to Eddie Fouche, I hope he's okay... they really pinned us back well into our own half and we messed up lineout after lineout. We couldn't get out of our half, they dominated territory, we were well beaten.

"We were so beaten [up] and we just had to show pride in the jersey because we're better than that. With 15 [minutes] to go it was still the same story - literally the last 15 minutes - it was a great train robbery."

Stormers flyhalf Tim Swiel's boot also proved vital - he converted all six of their tries - and in the end it made the difference. Swiel was a late replacement for Damian Willemse, who was struggling with a minor leg injury.

But it was the Stormers substitutes who left the biggest impression on their coach.

"Yes, they (the substitutes) made a massive difference... Nama Xaba, Neethling Fouche, JD Schickerling - he probably should have started in retrospect," Dobson added.

The Stormers also lost skipper Siya Kolisi to a leg injury but there was no immediate verdict on how severe the injury was.

We live in a world where facts and fiction get blurred
In times of uncertainty you need journalism you can trust. For only R75 per month, you have access to a world of in-depth analyses, investigative journalism, top opinions and a range of features. Journalism strengthens democracy. Invest in the future today.
Subscribe to News24
Related Links
Stormers break Pumas hearts with dramatic comeback win
Wales' Alun Wyn Jones 'fortunate' ahead of 148th Test appearance feat
Jake White: Bulls bedevilled by small margins but we'll get there
Next on Sport24
Son of rugby great Michael Lynagh signs for Reds