The 2020 transformation scorecards for each SA Super Rugby franchise 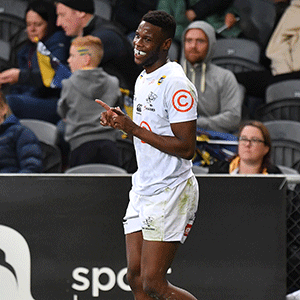 The South African rugby fraternity might've written 2020's Super Rugby campaign off weeks ago already, but the start of this week has seemingly brought us "official" finality.

Level 3 lockdown leaves us none the wiser as to when local franchises will return to training and the commencement of New Zealand's "Super Rugby Aotearoa" - yes, it translates into Super Rugby in the Land of the Long White Cloud - are the most vivid expressions yet that we're not seeing the tournament in its usual form again this year.

It's appropriate then to engage in some good old-fashioned retrospection.

The Springboks' momentous World Cup victory not only pushed South African rugby back to the forefront, the feeling of inclusivity that Rassie Erasmus and co fostered renewed hope that the sport can belatedly become increasingly representative.

That ideal's first test was going to be how the Super Rugby franchises would respond.

The tournament has never really been a particularly compelling showcase of South African rugby's willingness to be more cosmopolitan in nature, but there was hope this year would be different.

So, how did the Bulls, Stormers, Sharks and Lions fare in terms of transformation this past, truncated season?

Before we start, there are a few things to consider.

On the one hand, one can simply determine the average number of players of colour found in a franchise's match squads over the season.

On the other, one has to consider many other intangible factors: the quality of a player's game-time (was it meaningful?); have new stars emerged or forgotten one's reminded all of their worth; should the number of players of colour in the starting XV carry more weight than the overall make-up of the math squad?; when is a player so indispensable that he's just considered a "normal" player?

Here are the informal if rather revealing transformation "scorecards" for each franchise.

Average number of players of colour in starting XVs: 8 (53%)

Coach Sean Everitt came close to achieving the South African nirvana of on-field excellence in conjunction with a high degree of representivity.

In all honesty, the class displayed by skipper Lukhanyo Am, Makazole Mapimpi and S'bu Nkosi wasn't really surprising and the clarity of the role given to the revitalised Sikhumbuzo Notshe from the outset made his success also inevitable.

Instead, the Durbanites' true triumph lies in the emergence of their upcoming stars. Ox Nche only played less than 60 minutes once (and that was 39 minutes as replacement) and was increasingly trusted, fullback Aphelele 'Weekend Special' Fassi played every single minute along with the underappreciated lock Hyron Andrews and Sanele Nohamba slotted in with aplomb, memorably playing flyhalf for an hour against the Hurricanes.

Madosh Tambwe has proven to be a superb acquisition from the Lions, seamlessly deputising for Nkosi.

Average number of players of colour in starting XVs: 7 (47%)

Negatives: Key players lost for most of the campaign, potential lack of depth

The Stormers have been the flag-bearers of representation for some years now and they pleasingly continued that tradition under coach John Dobson.

Various stalwarts such as Dillyn Leyds, Sergeal Petersen, Scarra Ntubeni and Herschel Jantjies continued to perform steadily, but the highlight was undoubtedly the emergence of Salmaan Moerat as a solid, hard-working lock and the mouthwatering upswing in form of Juarno Augustus, the world's best Under-20 player in 2017.

It was a pity Covid-19 stopped 'Trokkie' in his tracks.

One couldn't fault the backing given to Damian Willemse, yet the weight of expectation seemed to get to him as he struggled with his fundamentals at flyhalf.

Siya Kolisi and Bongi Mbonambi both suffered long-term injuries on the opening day and fringe players such as Chad Solomon, Kwenzo Blose, Godlen Masimla (the exception being a 60-minute start against the Lions) and Ali Vermaak were confined to cameo bench roles.

Average number of players of colour in starting XVs: 6 (40%)

Positives: Willingness to build the core of its starting XV around stalwarts, belated backing of exciting halfbacks

High representivity has never truly been the Bulls' (or the Lions') forte and the suspicion persists that Pote Human relied far too heavily on his established stars, a dynamic complicated by the fact that it took almost all of them five weeks to start firing.

Manie Libbok and Embrose Papier were the halfbacks in their only win of the season and were let down by a misfiring pack in Brisbane, but the verve they injected into the Bulls' attacking play was encouraging.

Simphiwe Matanzima's knee injury was unfortunate as he seemed primed to really make an impact at loosehead, but Abongile Nonkontwana - admittedly off the pace in the opening two games - was strangely not seen again, even on the bench, after his initial foray into the side.

It was also pretty baffling to see two match squads, against the Highlanders and Reds, that didn't feature a single player of colour on the bench.

Average number of players of colour in starting XVs: 5 (33%)

Positives: Well, at least they're consistent in terms of numbers, Manny Rass backed (sort of)

Even in the heady days under Johan Ackermann, the men from Ellis Park concentrated more on quality in terms of game-time than the quantity of numbers in the match-squad.

The problem this season was that the majority of the stars struggled to find form.

Captain Elton Jantjies was let down by an underpowered pack, which meant Marvin Orie also carried a burden at lock that saw him lose potency.

Ironically, the Lions averaged more players of colour in match squads than their neighbours across the Jukskei river, but their substitutes were rarely employed for longer periods than mere cameos despite five defeats in six games suggesting they were invariably in trouble and in need of inspiration.

The biggest indictment was the lack of opportunities afforded to a recovering Hacjivah Dayimani and Wandisile Simelane, who was the subject of speculation over his fitness and commitment initially.

We live in a world where facts and fiction get blurred
In times of uncertainty you need journalism you can trust. For 14 free days, you can have access to a world of in-depth analyses, investigative journalism, top opinions and a range of features. Journalism strengthens democracy. Invest in the future today. Thereafter you will be billed R75 per month. You can cancel anytime and if you cancel within 14 days you won't be billed.
Subscribe to News24
Related Links
Mark Alexander: Keeping RWC stars in SA was a big positive
Kolbe's Toulouse begin training return protocol
Dobson: Mbonambi fully committed to Stormers
Next on Sport24
Wallabies coach urges Australia to stay in Super Rugby