Wallaby Rodda among 3 to quit Reds over coronavirus pay cut 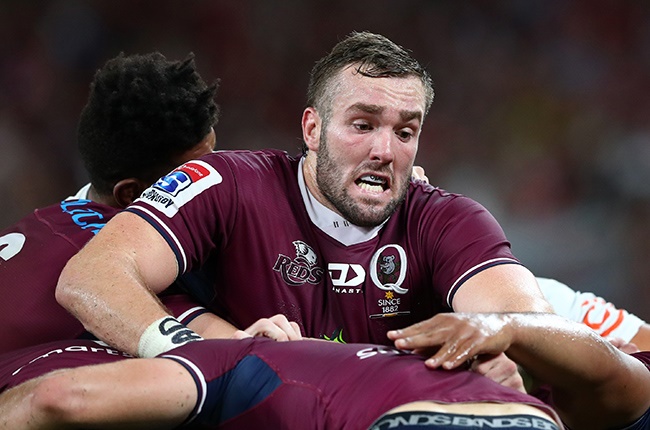 Wallabies forward Izack Rodda and two team-mates are parting ways with the Reds, after they were suspended for refusing a pandemic-prompted pay cut.

The second row - who has run out for the Wallabies 21 times - now faces an uncertain future that could lead him overseas.

The trio had rejected a deal that saw the country's professional rugby union players swallow a 60 percent pay cut over six months to help the game avoid insolvency.

The agreement covers almost 200 players and was reached after three weeks of discussions between Rugby Australia, the country's four Super Rugby teams and the Rugby Union Players Association.

Minimum earnings were set at A$1 500 a fortnight - the same as Australia's emergency government entitlements.

When an agent for the three men notified the Queensland Rugby Union of their opposition to the deal, they were suspended.

We live in a world where facts and fiction get blurred
In times of uncertainty you need journalism you can trust. For only R75 per month, you have access to a world of in-depth analyses, investigative journalism, top opinions and a range of features. Journalism strengthens democracy. Invest in the future today.
Subscribe to News24
Related Links
Pretorius 'grateful' pandemic has given Varsity Cup chance to take stock
Wayde has forgiven himself for THAT rugby game
No place for Sunwolves in new Australian Super Rugby tournament
Next on Sport24
Son of rugby great Michael Lynagh signs for Reds