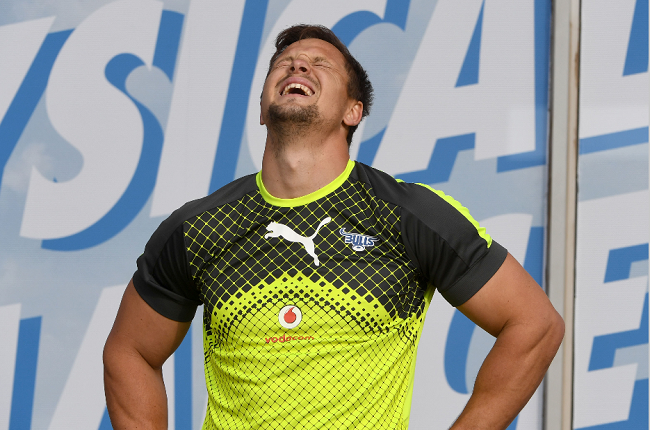 Typical of the way the Covid-19 pandemic has played on people's minds, South African rugby's long-awaited return with the Superfan Saturday event at Loftus this weekend is suddenly tinged with some doubt.

Are the players physically ready for collisions and tackles again after over four weeks' contact training? Will they drop like flies as the strain takes its toll?

It's not questions that Arno Botha preoccupies himself with though.

"The best way to train contact is playing a game," the Bulls flanker told a media briefing on Monday.

"You're never going to be contact-fit until you do it. It's just one of those things. You can't simulate real contact against teammates on a training field, the breakdowns aren't live.

"An actual game is far quicker. For the first two games, your lungs will burn and you'll feel like you're tasting blood but after that you're okay. You get used to it."

In fact, the 28-year-old ace - one of Jake White's marquee signings in 2020 after returning from a superb two-year stint with Irish giants Munster - reiterates the point of various conditioning specialists in the game that if every team's wish on an ideal pre-season were to be respected, it would take months before play starts again.

"Maybe some guys think that they still need two weeks but I really don't know if that's going to make a difference," said Botha, who won two international caps in 2013.

"I'm fine playing this weekend and all my teammates are probably too. Our preparation has really been good. Jake and his staff have managed it perfectly. The plan has been a good one.

"We've trained enough to say we're ready. We wouldn't have started playing if we weren't ready."

The jitteriness over the overall conditioning of South Africa's players has undoubtedly been heightened by the major injuries suffered by Springboks RG Snyman, Handre Pollard and Lood de Jager, a fact Botha acknowledges.

Yet, in the end, this is what professional players sign up for.

"When you look at what's happened to guys like Handre, it's very sad. One takes notice of that," said Botha.

"But we also know that we play a contact sport. One takes a cue from them. They say on social media that they accept they play a contact sport, their attitudes are perfect. It's about realising every time you take the field that it's a blessing to be playing with your body feeling well."

We live in a world where facts and fiction get blurred
In times of uncertainty you need journalism you can trust. For 14 free days, you can have access to a world of in-depth analyses, investigative journalism, top opinions and a range of features. Journalism strengthens democracy. Invest in the future today. Thereafter you will be billed R75 per month. You can cancel anytime and if you cancel within 14 days you won't be billed.
Subscribe to News24
Related Links
Take cover! Cheetahs v Lions will be 'war'
WATCH | Cheslin Kolbe dazzles for Toulouse in Champions Cup
Springboks great guys, but on the field they want to hurt you - former All Black
Next on Sport24
WRAP | Super Rugby Pacific: Chiefs demolish Western Force after Quinn Tupaea treble