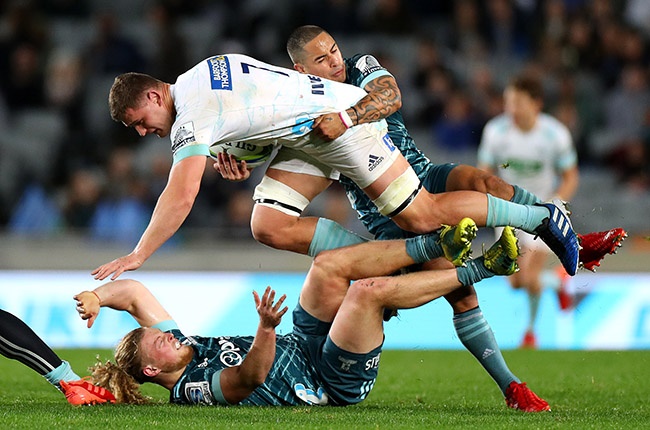 The Blues beat the Highlanders 27-24 in an electric Super Rugby Aotearoa clash at Eden Park on Saturday morning.

The match was played in almost constant drizzle, but that could not silence an Auckland crowd that was at capacity in what was another superb advertisement for New Zealand rugby.

There were some highly entertaining tries on offer, too, with the Blues scoring four to three from their visitors.

The hosts had taken a 22-10 lead into half-time and looked to be cruising, but the Highlanders hit back with two tries in quick succession after the break to surge into the lead briefly.

The Highlanders, three points down heading into the final 10 minutes, missed a chance to draw level when flyhalf Mitch Hunt missed a relatively routine penalty attempt.

There was also a chance to win it in the final moments when the Highlanders looked to drive over from a rolling maul, but the Blues defence held firm.

The Blues have now won all three of their fixtures in the competition to solidify their position on the top of the log while the Highlanders, who had a bye last week, have now won one and lost one.