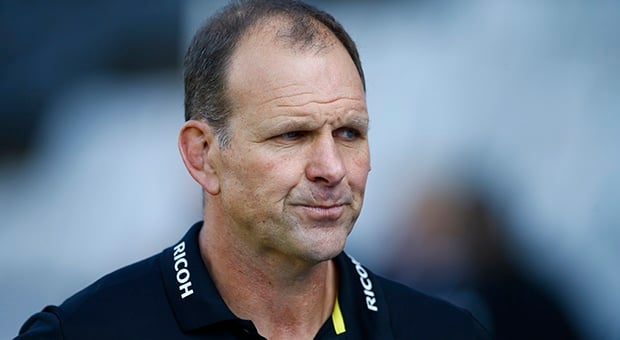 "It's a real legacy game, first played in 1897 and then consistently almost every year apart from the war years until 1986," he said in remarks published on the All Blacks' official website.

Mooar and All Blacks scrum coach Greg Feek will take charge of the South Island, with Hurricanes coach John Plumtree and All Blacks defence coach Scott McLeod mentoring the North.

The inter-island fixture was once one of the most anticipated and bitterly contested matches in the New Zealand rugby calendar but fell out of favour in the professional era.

All Black lock Sam Whitelock earlier this year described it as a grudge match that he was keen to play in.

The match will be played in front of unrestricted crowds at Eden Park due to New Zealand's success in containing Covid-19.

New Zealand's home Tests against Wales and Scotland, scheduled for this month, have already been cancelled due to the global pandemic and this year's Rugby Championship is looking doubtful.

The All Blacks' most likely prospect for international rugby appears to be staging a Bledisloe Cup series against Australia, although no arrangements have yet been revealed.

We live in a world where facts and fiction get blurred
In times of uncertainty you need journalism you can trust. For 14 free days, you can have access to a world of in-depth analyses, investigative journalism, top opinions and a range of features. Journalism strengthens democracy. Invest in the future today. Thereafter you will be billed R75 per month. You can cancel anytime and if you cancel within 14 days you won't be billed.
Subscribe to News24
Related Links
Ex-Wallabies coach Michael Cheika not a fan of 'director of rugby concept'
Distance … where Boks, SA franchises still retain kicking edge
Chiliboy Ralepelle: This is not how I thought my career would end
Next on Sport24
Ex-All Black Umaga leaves Blues coaching staff