Trevor Nyakane: Sad for Bulls to lose Marcel van der Merwe but he will be back stronger Marcel van der Merwe (L) is off to France while rookies like Jan-Hendrik Wessels are staying at Loftus. (Gallo Images)

Trevor Nyakane hopes a temporary return to France will be the tonic for Marcel van der Merwe to provide the type of high-class competition the Bulls had in mind when they signed him last year.

The 30-year-old, seven-cap Springbok prop, however, struggled to make an impact once he recovered from a long-term ankle injury and was allowed to join La Rochelle as a so-called medical joker last week.

While Nyakane, undoubtedly still Jake White's top dog at tighthead, has no control over these matters, he still labelled his team-mate' absence as "sad".

READ | Stormers training 'full on' despite uncertainty over Rainbow Cup

"All I can say is that I wish Marcel the best wherever he is," the World Cup-winning Bok front rower said on Tuesday.

"I can tell you with the utmost confidence that that man has been working incredibly hard."

Van der Merwe emerged during the recently concluded preparation series looking lean and fit, but some technical flaws meant he was usurped by younger candidates such as Mornay Smith.

With the Rainbow Cup now also shrouded in doubt, it's thought that he'd get more meaningful game-time back in Europe.

"Marcel's now getting a proper opportunity. I would love to see him when he's back," said Nyakane.

"They do things a bit differently there up in France. Any new input he can give to us over a few months will be very helpful. It's sad that we lost him (temporarily) as he's a very competitive man, a strong guy that believes in what he does.

"He does everything he can to help the team. Every little bit of competition is needed for us to become better weekly. We need to push each other. Marcel will bring a lot of new insights that will be helpful."

Not that Nyakane is complaining too much as the youthful zest of the other props are keeping him motivated. 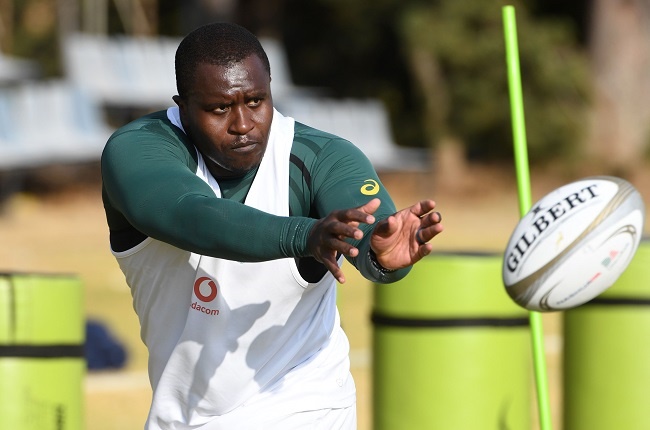 "There's a will to learn and a lot of energy coming from them," he said.

"I won't lie, sometimes I come through to a training session a bit low on energy, but then you see how the younger guys approach things and that gives you a lift.

"I don't want to call them youngsters, even though they probably are in terms of age, but I've been really impressed. The work rate has been superb and I've seen them grow. In many ways, they've allowed me to grow too.

"The future is bright."

Given how the Bulls dominated the domestic scene last season - claiming both the Super Rugby Unlocked and Currie Cup titles - it comes almost as a surprise that one of the aspects of their play that they didn't always get right was the scrum.

Nonetheless, the past few weeks' sessions have been intense, with the experienced Jacques van Rooyen last week noting with a chuckle that things have been quite "punishing".

"I'm definitely not to blame," Nyakane said with his customary bright smile.

"We came together as a team and thought we want to put a bit of an emphasis and detail into the scrums. It's not something you can talk right, you have to do it.

"So we've been doing a lot of live scrums in order to spot some of the issues that we need to sort out. We've been taking a bit of heat, almost like a semi pre-season."

Should the Bulls' Rainbow Cup opener against the Lions on Saturday go ahead, Nyakane won't be present as he's nursing a rib injury.

We live in a world where facts and fiction get blurred
In times of uncertainty you need journalism you can trust. For only R75 per month, you have access to a world of in-depth analyses, investigative journalism, top opinions and a range of features. Journalism strengthens democracy. Invest in the future today.
Subscribe to News24
Next on Sport24
Protecting mental health will be key for Gatland's Lions in South Africa