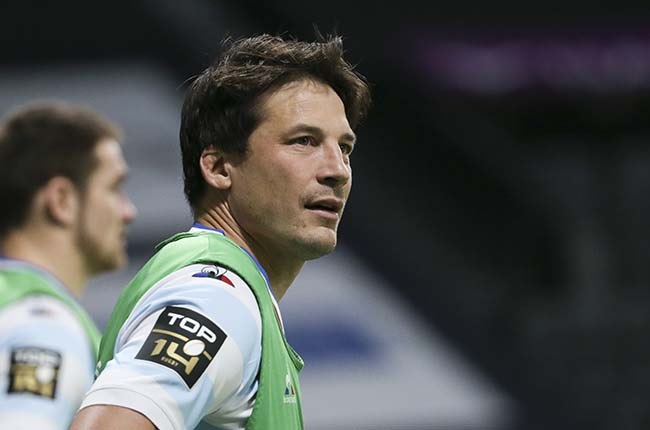 Veteran flyhalf Francois Trinh-Duc admitted he was "saddened" by having helped push his hometown club Montpellier deeper into the French Top 14 mire on Friday.

A penalty two minutes from time gave Trinh-Duc's Racing 92 a 24-22 win over hapless Montpellier as the Paris club moved third in the table.

Young flyhalf Antoine Gibert, who came on to replace Trinh-Duc in the second half, held his nerve to kick the winning points after American prop Titi Lamositele had been penalised at the scrum.

After losing two successive league games at home to Toulon and Bordeaux-Begles, it was a sixth win on the road for Laurent Travers' team.

Montpellier remain second from bottom of the table after a seventh league defeat and ninth in all competitions.

Only Agen, who have lost all of their 15 games so far, are worse off.

"I have feelings for Montpellier, whose situation saddens me," said 34-year-old Trinh-Duc who spent 12 seasons at Montpellier before leaving for Toulon and then Racing.

"Playing in Montpellier is always special for me. I feel like I have a third lung when I come back here.

"These are my roots, my identity, I feel good in this city. It always gives chills."

Montpellier had an eight-point lead at one stage midway through the second period on Friday after also having edged 12-11 ahead at the break.

Gibert had the final say with the late, game-deciding penalty.

"This defeat is cruel because there was a lot of self-sacrifice," said Montpellier coach Philippe Saint-Andre.

We live in a world where facts and fiction get blurred
In times of uncertainty you need journalism you can trust. For only R75 per month, you have access to a world of in-depth analyses, investigative journalism, top opinions and a range of features. Journalism strengthens democracy. Invest in the future today.
Subscribe to News24
Related Links
Cheetahs sign deal with experienced prop Ferreira
Why the Bulls will win their 24th Currie Cup title
1991 gold gets vote for future Wallabies jerseys
Next on Sport24
Rob Houwing I Revitalised Boks seem back on track for fruitful year