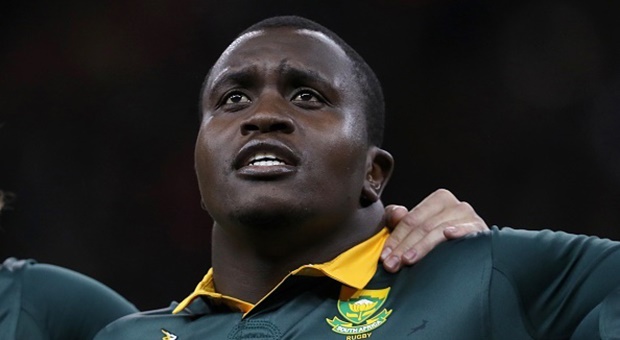 Trevor Nyakane is set to join Racing Metro with the Springbok prop reportedly signing for the French club until after the 2023 Rugby World Cup.

According to SuperSport.com, Nyakane's move could be the largest transfer fee paid for a local player to ply their trade overseas.

Racing Metro approached Nyakane about the move during the Springbok tour of the United Kingdom earlier in November.

Contracted to the Bulls until the end of next year, it's believed that his transfer could net the Pretoria-based franchise R5-million.

The prop has been a stalwart of the Bulls for several years and forms part of the formidable front-row stocks boasted by the Springboks.

His ability to play at both loosehead and tighthead make Nyakane one of the top props in World Rugby currently.

Renowned for his strong scrumming ability and impressive mobility, Nyakane played for the Cheetahs before moving to Pretoria.

To date, he has turned out on 54 Test occasions for the Springboks and was part of the 2019 World Cup winning squad although he was injured early in the tournament.

The Bulls are expected to announce Nyakane's departing in the coming days.