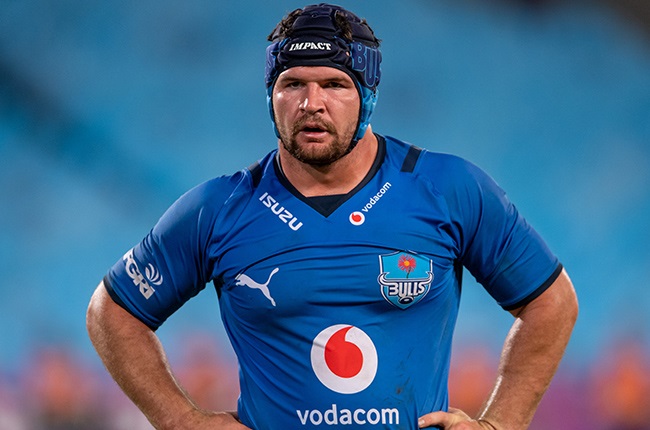 South African rugby's overseas exodus is once again in the spotlight following the departure of Trevor Nyakane from the Bulls last week, highlighting that the Covid-19 pandemic potentially equalising the player market was mere false hope.

The local game continues to bleed its premium players and lacks the clout to convince players in their prime to come back with the exception perhaps of the Bulls.

Instead, there's a tendency for older, grizzled players to come back for one last hurrah, but their experience can't always make up for diminishing on-field returns.

Sport24 takes a look at the high-profile men that have moved on since local rugby restarted in October 2020 and whether the players that have come in have made up for those voids.

The burly but dynamic loose forward was, until the Springboks' series against the British & Irish Lions, the best opensider in the country if not the best flanker overall.

Bulls mentor Jake White is not a man who dwells too much on the past, but there's been enough references back to the 26-year-old Bok that suggests he really does miss his breakdown menace.

One can argue that the Bulls did well to replace him with Marcell Coetzee, but as White points out: "Imagine you could have them both in your squad?"

It's probably oversimplistic to say once Wiese left Bloemfontein in November last year, the Cheetahs steadily went downhill after that.

Hindsight is an exact science, so it's only fair to say that the imposing No 8's move to Welford Road was the best thing that could've happened to his career.

Within seven months of that switch, Wiese became a Springbok, completing a meteoric rise and positioning himself as the man in the inside lane to be Duane Vermeulen's long-term successor.

But one has to wonder what would've happened if he stayed at the Cheetahs and perhaps played himself into the reckoning for a higher-profile move at another local franchise?

A now premium player would've still been in the system.

When White took over at Loftus, Ivan van Zyl and Embrose Papier were two Springbok-capped scrumhalves who clearly still had to do a lot of tinkering to their game to reach their potential.

As it turned out, Van Zyl was the one who seized his chance and became the type of all-round game-manager that the Bulls craved and formed a fine partnership with the evergreen Morne Steyn.

While Van Zyl is not a finished product, one senses that he still would've been able to develop in Pretoria given the SA franchises' new frontier in Europe and, probably, play himself into a Bok jersey again. He's technically still World Rugby's Player of the Year and regarded as one of the finest blindsiders in the game.

A stint in the less demanding environment of Japan's Top League is probably not a bad way of prolonging a career that's becoming tainted by serious injuries.

Nonetheless, his absence erodes depth significantly and, if one is brutally honest, a stint in Japan feels wasteful of his ability.

White explained the economics of the move in detail last week and raised some valid points over his scrum hero's departure.

But given Nyakane's pedigree and the (early) evidence of how the Bulls are already missing his prowess after the defeat to the Sharks last weekend, this is still a massive blow.

The robust second rower is understood to have been advised by the national hierarchy not to pursue this adventure if he wanted to stay in the Springbok frame.

Nonetheless, Schickerling is a player brimming with skill and power, a man with the real potential to be a proverbial enforcer.

There was also talk of him moving to the blindside, adding versatility to the mix.

It's left the Stormers extremely vulnerable in a vital position.

Justifiably hyped as a fine piece of business after years of success in France, Van der Merwe was supposed to provide high-quality, perhaps even white-knuckle competition to Nyakane.

Instead he struggled with his fitness and could barely complete a scrum without being penalised.

When it became apparent a home-grown talent in Mornay Smith was developing far better and quicker, Van der Merwe was shipped off again.

Of course the Springboks' talisman at the back of scrum will always be missed.

In fact, Vermeulen is placed in this category simply because he's created so much goodwill for himself among SA rugby folk.

He put the Bulls back on the map in 2019 and returned in mid-2020 to lead them to the domestic double.

He's done enough locally for the game to earn a good pay-day in Belfast and stay in contention for World Cup 2023.

Plus, Elrigh Louw is emerging at Loftus... An outstandingly reliable servant, the wily loose forward probably didn't get as much out of his Bulls stint once Van Staden got going.

But he was more than willing to add depth and leadership to the mix.

Now, one feels he could've been a handy addition for European conditions.

Very similar to Carr, Schoeman's final chapter at Ellis Park felt like he was hugely underappreciated.

Again, there's no concrete evidence that the Lions have been left weaker by his departure, but boy, the depth would've been a bonus.

Goosen announced himself when he was the architect of the Bulls' memorable victory over South Africa 'A' just before the Lions Test series and then went on to dominate the Currie Cup.

Dynamic and incisive, the enigmatic 29-year-old play-maker relished just playing rugby again and the Boks admitted that he would've been seriously considered for the year-end tour.

Then came that innocuous knee injury on a 4G pitch at Cardiff...

On his debut, Vermeulen unexpectedly had to cry off with the ankle injury that saw him miss the Lions series and Jake White was thrilled to see how easily his marquee signing took over the leadership.

Along with Goosen, the classy Coetzee is truly one of the world-class signings that South African rugby is so used to losing than gaining.

He's a premium player in his prime and one that can play anywhere in the back-row.

Not exactly a glitzy name, but the former Lions midfielder forged a strong reputation in the fruitful years under Johan Ackermann and there were a few groans when he was lost to the system.

But he's returned and shown newfound maturity and versatility as a banker in the Bulls' midfield.

Slow to start but gaining momentum

Another Bulls signing that elicited a lot of excitement, Botha had resurrected his career to such an extent in Ireland that many agreed he'd now reached his prime.

It wasn't an easy road back at Loftus for him, with iffy form and injuries initially plaguing him.

Yet once he got over those obstacles and started to get game-time under the belt, Botha has become a key if a tad more understated member of the Bulls' pack. Some of the things he did in the early stages of his chapter at Ellis Park bordered on comical.

However, the former Stormers utility back then refocused and refreshed himself ahead of the URC campaign and began to flourish.

Tasked with filling in at flyhalf on tour, Viljoen performed well enough for observers to argue the experiments at No 10 can continue.

Wily and skilful as ever, the veteran centre has shown enough glimpses that he can add value and experience to the Bulls and overall South African cause if there can be just a tad more continuity to the fixture list.

White, rather shrewdly, stated from the outset that his former Montpellier pupil needed time to settle in again after a gruelling final French season.

He was also carrying a niggle and needed to be 100% fit before resuming his career at Loftus.

Because Du Plessis is so recognisable, he's an easy target for being "anonymous" and it doesn't help that he plays in a position where donkey work goes unnoticed.

Sure, he hasn't exactly set the scene on fire, but last week's outing in Durban showed glimpses of him finding form.

The former Bok midfielder hasn't been bad, but his role has been confined to mentorship and cameos off the bench.

It's also hard to perform in a team that's become wildly inconsistent.

A Newlands favourite, the enduring Fourie is hardly a muted signing.

In fact, his experience can still be vital for the Stormers.

But he's also found that unless a man of his age goes berserk like a Vermeulen, he'll always be pushed to the background by SA's enviable stock of young hooker and flanker talent.

He's a fine player who's really made a name for himself in French rugby.

There's a feel-good factor to his return to his home city, but unfortunately one also has to ask what for given the Cheetahs' decreasing status. His physique and fitness suggests he's a 37-year-old similarly hungry like Morne Steyn.

But his discipline has been lacking for a guy who really needs to be a leader for an increasingly green-looking Bulls group of front-rowers.