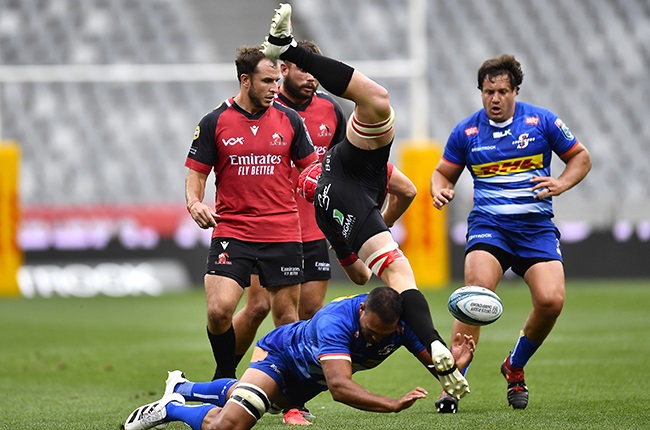 A physical, direct and uncompromising Lions side showed the Stormers rugby flames after barrelling past them 37-19 in their United Rugby Championship clash at the Cape Town Stadium on Saturday.

The Lions could have and should have done better with their discipline, conceding three yellow cards, with two in the first half allowing the Stormers to stage a fightback.

When the numbers were equal, they were the better side who played the more constructive rugby with purpose.

The off-colour showing from the Stormers summed up their indifferent rugby year. They're a side with heaps of talent, but one that simply can't translate it into flowing rugby.

This was evident in how the team was over-reliant on Warrick Gelant for creative spark from fullback.

When his space is cut-down, the Stormers' midfield has been short on imagination and regardless of who they have tried, their attack has been staler than a week-old loaf of bread.

That said, the Lions mixed up their game with a fair degree of excellence, with their forwards ensuring their backs always had good ball.

The Emirates Lions were in a different class against the DHL Stormers in the #URC. Here's a look back at their brilliant try in the second half. pic.twitter.com/nGQ5YZqpyM

This was evident in Fred Zeilinga's great day with the boot despite the fierce wind where he accrued 17 points.

It was the Lions' forwards who got the scoreboard ball rolling with Francke Horn's 11th-minute try that stemmed from Vincent Tshituka's linebreak and a pass that any inside and midfield back would have been proud of.

The game's festival of yellow cards began in earnest in the 15th-minute when Stormers lock Salmaan Moerat was sin-binned for taking out a player in the air.

The Stormers needed the Lions to lose another man in Edwill van der Merwe in the 24th-minute for a high tackle for them to start playing with some rhythm.

Two more were dished out in the game when Lions hooker Jaco Visagie and Stormers wing Rikus Pretorius were also given their temporary marching orders.

Scrumhalf Stefan Ungerer crossed over in the 27th-minute after prop Neethling Fouche dummied and put through a wonderful offload.

Four minutes later, the Stormers had turned a 10-0 deficit into a 12-10 lead when Seabelo Senatla crossed over in the corner after another Fouche offload.

Zeilinga was to add a 39th-minute penalty to give the Lions 13-12 lead, but with the ascendancy with the hosts, no one knew how the Lions were going to take the game by the scruff of the neck.

Five minutes into the second half, excellent footwork and passing from Wandisile Simelane put Andre Warner through for the Lions' second try, one that knocked the stuffing out of the Stormers.

Playing with positive endeavour, the Lions sealed the game in the 57th-minute when Tshituka was the beneficiary of Burger Odendaal's forthright running and weak defence to score and move the lead to 27-12.

That try shocked the Stormers into the game, but they were terrible in front of the line and coughed up when they least expected to.

The Stormers did eventually score late in the game through replacement hooker Andre-Hugo Venter, but Zeilinga's boot that saw him goal three penalties and four conversions kept the distance between the teams.

To stamp their authority on a game they thoroughly deserved, Horn scored his second try late in the game to ensure the margin was as decisive as their performance.