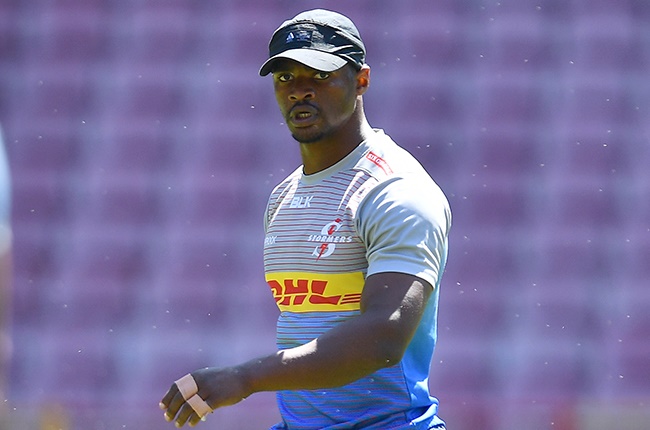 Stormers coach John Dobson said the social media video shared by the Bulls in the build-up to Saturday's United Rugby Challenge game at Loftus Versfeld had a motivating effect on his charges.

Dobson was all for the light-hearted nature of the video, but it did not age very well for the Bulls, who were beaten 30-26 by the Stormers.

The Stormers required a late Paul de Wet try to get past their foes, but Dobson admitted the video made life easy for him.

"I was grateful the video was doing the rounds and we played it in the team room on Friday," Dobson said.

"I didn't speak to the team and I hope there will be Stormers fans recovering from hangovers on Sunday.

"However, anything that creates interest in rugby, I'm in for and it did helped create some interest.

"There was fun involved, but it help our players a fair bit."

The latent quality of Jake White's side meant the 18-0 lead the Stormers accrued in the first half wasn't going to be sufficient.

With the Bulls overturning it and taking the lead, Dobson feared the Bulls were going to continue their recent dominance over them.

Dobson also admitted the Bulls' smart rugby also laid waste to their plans, even though they were victorious.

"Things did get hairy. There were a couple of key moments where I thought they could have buried us," Dobson said.

"They were so dominant and they made so many 22m entries and that was the hallmark of their game.

"We had to defend eight 5m lineouts and there was a whole plan not to give entries and the way they got into our 22 was a good reflection on them.

"They got themselves back into the game and in the 10 minutes after half-time, I could feel the energy going out."

Just like the Sharks relied on magic from their Springboks in their 47-37 win against the Lions at Ellis Park in the early kick-off, so did the Stormers.

The injury-prone but equally amazing fullback Warrick Gelant gave the visitors the moment of magic when his bit of vision created a try for Herschel Jantjies.

Dobson said Gelant's wizardry made all the difference after chasing the eight-ball.

"It was amazing that we clawed ourselves back into the game and when Warrick Gelant came on, that create some magic in our game," Dobson said.

"It was probably the only thing that was going to get us out of the position that we were in."

We live in a world where facts and fiction get blurred
In times of uncertainty you need journalism you can trust. For 14 free days, you can have access to a world of in-depth analyses, investigative journalism, top opinions and a range of features. Journalism strengthens democracy. Invest in the future today. Thereafter you will be billed R75 per month. You can cancel anytime and if you cancel within 14 days you won't be billed.
Subscribe to News24
Next on Sport24
BIG INTERVIEW I ‘I had us coming ninth, tenth’ - Dobson after stunning Stormers turnaround