'Eskom' sheds light on dark 8 months out of rugby: 'It helped me more than it hurt me' 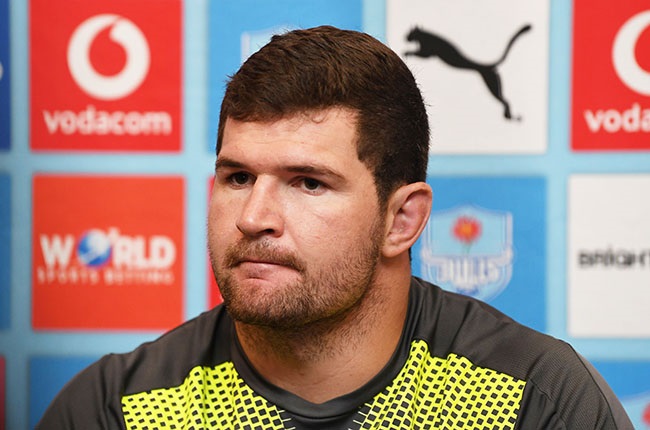 Springboks and Bulls loose-forward Marco van Staden opened up about the difficulties he faced when he was out of rugby for eight months after English club Leicester Tigers released him.

Van Staden, nicknamed "Eskom", was in his career’s load shedding stage 15, where it seemed his prospects were done following successive concussion injuries that led to his release.

However, the Bulls, for whom he played before his overseas stint, assessed him for themselves before deciding to bring the popular fetcher back to Loftus in September.

Van Staden said there was a part of his mind that thought his career was over.

"There’s a part of your mind that thinks it is over," said Van Staden on Thursday.

"Not so much because of the injury but [the conversation] around concussion is a difficult subject for teams all over the world.

"I thought no one would take a chance on me because it’s a risk, even though I felt fine and good to play again.

"But we believe the Lord has a plan. My wife and the support base around me, including some of the guys I played with at Leicester, helped me.

"We just kept our heads down and kept on working as if I’m going to play next week.

"And I’m very grateful for the Bulls giving me an opportunity. Now that I’m playing, I think they’re also at ease now."

So highly regarded is Van Staden that immediately after his return came a Springbok recall to feature in the end-year tour to Europe, where he came off the bench against England at Twickenham.

Throughout the eight months when he didn’t know whether he was ever going to pilfer another ball at the ruck, Van Staden said he chose to keep a positive outlook that it would happen again and that he’d be a better and stronger person and rugby player at the end of it.

"In rugby, injuries happen to all of us," he said.

"I don’t believe you should get injured but, if you do, you can look at it in two ways.

"You can either sit alone and sulk and think the world has come down or you can see it as an opportunity because you’re going to grow out of that and you’re going to come back stronger if you decide to.

"And that you’re going to come out of that injury as a better, stronger rugby player and person.

"I never expected the time off would be so long. But I learned in that time about myself going forward, where to put my faith and the reason why I should play rugby.

"It was a dark time but it helped me more than it hurt me. But you, as a player must make the decision on how you’re going to see that injury."

The Bulls face Lyon in their inaugural European Champions Cup appearance at Loftus on Saturday (19:30 kick-off).