The Stormers celebrate in the changeroom after beating the Bulls. (Gallo Images)

The Stormers beat the Bulls 18-13 at Cape Town Stadium on Saturday to be crowned United Rugby Championship winners in the inaugural season.

It was success at long last for a franchise that had developed a reputation of losing big games in the Super Rugby era.

And after going down 7-0 early on and being bullied by the Bulls, alarm bells were again ringing. But the Stormers pulled themselves together to turn the tables on their rivals from Pretoria.

The hosts, spurred on by a boisterous 31 000-strong home crowd, were sublime in the second stanza and deserved their win.

There were wild celebrations on the pitch, and those cheers extended to the changeroom afterwards.

Take a look at images below of the Stormers celebrating in style: Injured hooker Scarra Ntubeni with flanker Deon Fourie, who was Player of the Match in the final. (Photo by Ashley Vlotman/Gallo Images)
Gallo Images 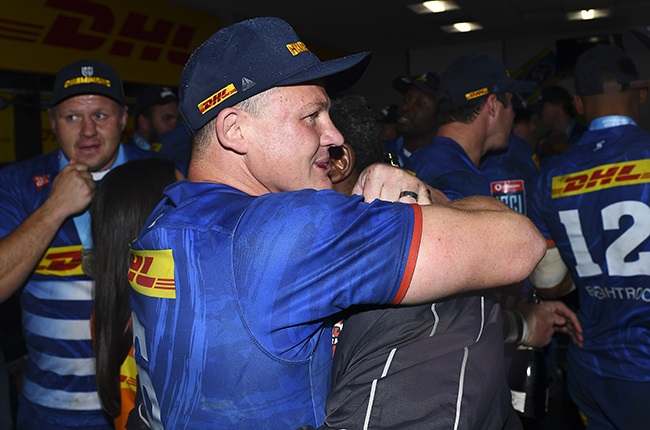 Does it get much better than drinking out of the cup after a Vodacom Man of the Match performance in your 100th game? Nobody deserves this more than @Deonf #iamastormer #dhldelivers #brannas @Vodacom #URC pic.twitter.com/kJypmWM5wA We live in a world where facts and fiction get blurred
In times of uncertainty you need journalism you can trust. For 14 free days, you can have access to a world of in-depth analyses, investigative journalism, top opinions and a range of features. Journalism strengthens democracy. Invest in the future today. Thereafter you will be billed R75 per month. You can cancel anytime and if you cancel within 14 days you won't be billed.
Subscribe to News24
Next on Sport
'Old man' Steyn settles nerves again as iffy Bulls manage to hold off enterprising Edinburgh