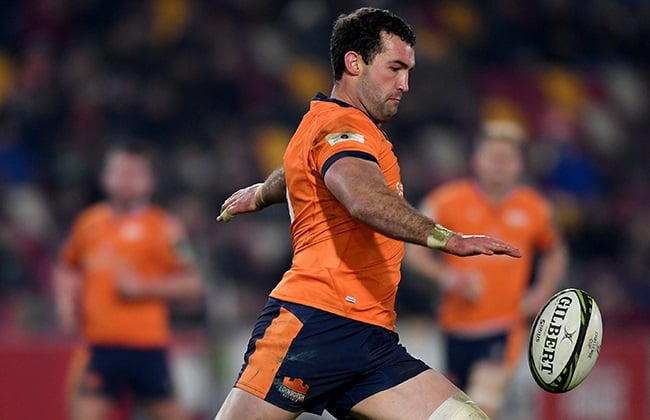 The Bulls on Tuesday announced the signing of utility back Henry Immelman from Scottish side Edinburgh.

Immelman, Grey College alumni, played Varsity Cup for the CUT Ixias and also represented the Free State under-20 side.

He left South Africa in 2016 to join French club Montpellier, before joining Edinburgh in 2021.

Welcome to the squad, Henry Immelman ??

After impressive stints at Montpellier and Edinburgh, Immelman returns to South Africa, ready to don the Blue ??#TrueToTheBlue@Vodacom pic.twitter.com/BNU9QXP4Dd

"He has a wealth of experience having played against sides that we are now going head-to-head with in the United Rugby Championship and Champions Cup, and that is an added bonus that the rest of the team can tap into.

"We welcome Henry to Loftus and we are confident that he will add value to the Bulls product and brand of rugby that we pride ourselves on as a club. We are happy to have him join our family and know that he will enjoy a fruitful time with us," Rathbone said.

Immelman said will look back fondly on his time in Scotland.

"I've enjoyed every minute of my time at Edinburgh. It's a brilliant club with an exceptional group of boys. Since day one they welcomed me with open arms, and I've really started to enjoy my rugby a lot more.

"Away trips with the Edinburgh boys are probably the one thing that I'll miss the most. I want to thank the Edinburgh fans for all the support too. I’ve been proud to represent them and this great city during the last two seasons."

But Immelman is looking forward to a new challenge in Pretoria.

"For me personally, joining the Bulls is a great opportunity. They are another world-class club and I'll be closer to my family as well."