Jingle Bells! One player each of the SA URC teams would love having in their Xmas stocking 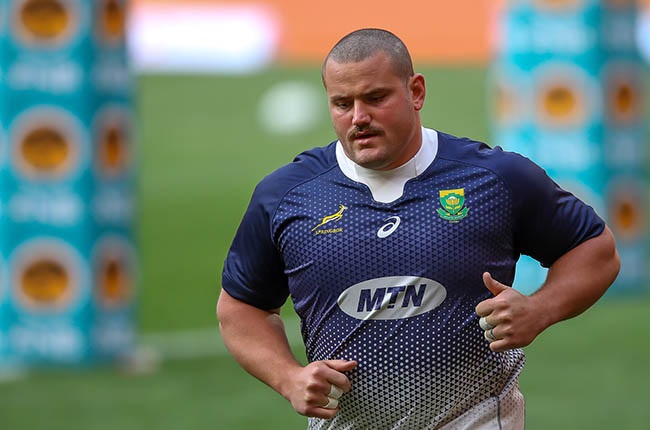 The latter part of 2021 proved a major reality check for South Africa's franchises as they ponder a start to an inaugural United Rugby Championship campaign that's been distinctly underwhelming.

For the Bulls, that has meant dipping into the transfer market again by recruiting former Lions flanker Cyle Brink as well as actively hunting a suitable tighthead to fill the void left by Trevor Nyakane.

Meanwhile, along the coast, the Stormers await the return of several Springboks to bolster their ranks while the Sharks will surely in the new year exercise their newfound depth along with their national stars.

But it is Christmas Eve after all and, in the spirit of the festive season, Sport24 decides to join in the fun and dream which one player contract would each franchise enjoy having in their stocking on Saturday morning, one that would fill an immediate need.

This is a rather obvious one.

A series of unfortunate realities have combined into a pressing need for Jake White: he needs a classy No 3.

Enter the 14-cap Springbok Louw, a man who's become an influential figure for Harlequins in England and was part of the broader national squad for the Lions series.

At 27, he's approaching the peak phase of his career and would represent the pedigreed option a burgeoning, talented Bulls combination desperately craves.

Louw was, after all, the one that got away under Frans Ludeke.

It's time to bring him "home". One of the interesting things about the Lions is that they've actually managed to assemble a canny and decent-looking squad, one that perhaps lacks star power but doesn't present with any glaring deficiencies.

But the loss of Marvin Orie have robbed them of an experienced, quality lock.

Reinhard Nothnagel has a junior pedigree and Emmanuel Tshituka can become a behemoth similar in power and impact as brother Vince.

For now, however, they need a guy to be the glue between a stellar front row and an exciting loose trio.

Yeoman Franco Mostert is the man. He's a Sharks favourite son and has become a distinctly more rounded player at Sale specifically because he's become the embodiment of the combative, skilful if somewhat shorter second rower.

There's a feeling that his only viable ticket into the international fold again is as a lock though there can be no doubt that he's still a mightily imposing option as blindside flanker too.

The Durbanites will lose some of their Bok stars to national duty again along the line, so why not have a banker in the guise of a fringe national member? You could argue there are a few gaps that need to be plugged in the financially stressed franchise's senior squad yet an encouraging four-week tour to the UK and Ireland suggested a seemingly underpowered squad might have more steel than some are willing to concede.

Notably, their attacking prowess suggested that if their Springbok-laden front row can return and provide a solid platform, the Stormers could become a tough proposition for any opposition.

They lack similar class at the back - Warrick Gelant being a glittering exception - and would benefit from having a revitalised, wiser Serfontein in the mix.

The 28-year-old centre's move to Montpellier all those years ago still puzzles in terms of career development, but there has been an upward curve ... and the accompanying sense that he needs to come back.

He's the closest to a Jean de Villiers type midfielder in SA and would be the brains of the Capetonians' back division.