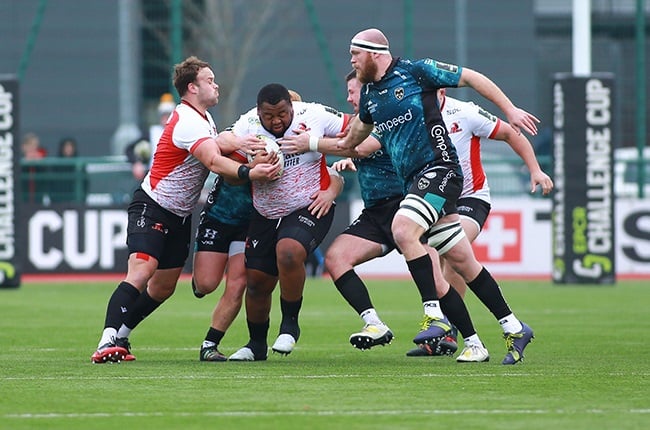 The Lions delivered a dominant first-half performance to land their first win since mid-December as they beat Dragons 30-25 in a European Challenge Cup clash in Ystrad Mynach on Sunday.

Flyhalf Jordan Hendrikse was superb off the kicking tee, slotting 6 penalties and a total of 20 points as the men from Johannesburg secured 3rd place in Pool B and home advantage for their last 16 encounter against France's Racing 92, who drop down from the Champions Cup to the Challenge Cup.

Coach Ivan van Rooyen's charges were scheduled to play at Rodney Parade on Sunday afternoon, but a late change due to the turf being frozen saw the contest moved to the CCB Centre for Sporting Excellence, approximately 25km away.

Given that the Lions had lost their last four matches, and two on what is a month-long European tour, few would have given them a chance in this one.

Instead, they were dominant in nearly all facets of play in the first half, capitalising on ill-discipline from the hosts.

Despite having opened up a 30-5 lead, however, the Lions let things slip somewhat in the second period, and a stunning Dragons comeback made for an incredibly tense finish. The game ended with Dragons just short of the Lions line, so close to securing what would have been one of the great turnarounds in the competition's history.

Yet, despite running out of puff and employing some questionable game management in the closing stages, the Lions got home.

Hendrikse kicked penalties from everywhere, which kept the Lions ticking over despite an early try from Dragons flyhalf Will Reed.

The major break for Van Rooyen's men, though, came midway through the first half when the Lions scored two tries in as many minutes.

The first came after a strong run from veteran Willem Alberts, with Quan Horn eventually finishing off down the right wing. Then, directly off the restart, the Lions launched an attack that caught the Dragons defence napping as Edwill van der Merwe scored.

By half-time, the Lions had opened up a 27-5 lead and looked to be in complete control.

A sixth Hendrikse penalty after the restart opened it up to 30-5, but Dragons then launched themselves back into the contest in spectacular fashion with scores from Aki Seiuli and Jordan Williams.

That meant the Lions had a 30-17 lead going into the final 20 minutes, and they then received another double blow when Emile van Heerden was sin-binned before Rio Dyer scored from the resulting attack.

The conversion was missed, but the Lions were just 30-22 ahead with their grip on the game slipping.

A penalty from JJ Hanrahan in the 78th minute narrowed it down to 30-25. The Lions then tried to run down the clock for the final two minutes, but were penalised at what would have been the game's final breakdown.

It allowed Dragons one last attack from 5m out, but they could not convert.