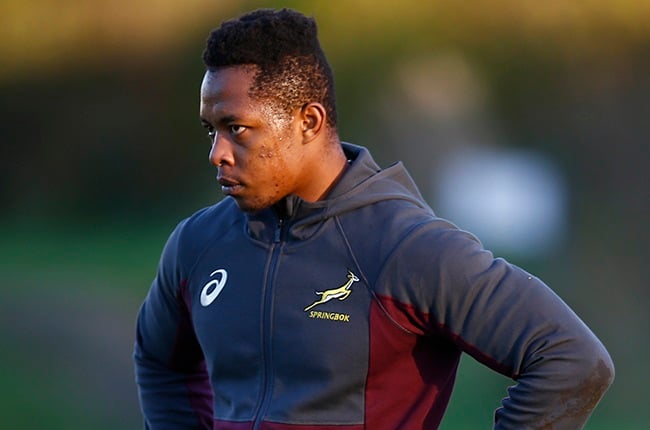 Springbok and Bulls winger Sbu Nkosi has shared a positive update over his mental well-being.

Nkosi had been reported as missing by the Bulls in December after he disappeared from the radar for three weeks.

He was eventually found at his father's house in Emalahleni, Mpumalanga where he admitted he was battling with his mental health.

The 26-year-old on Wednesday broke his silence for the first time in weeks when he posted on social media. He said he was eyeing a comeback to rugby "soon".

He wrote on Instagram: "I put seeds in the ground to reconnect with Mother Nature and her process. They gave me fruit. I put time into my daughter to get closer to her. And her smile is my reward. I reached into the future. And connected the path.

"I'm only concerned about proving my supporters right, positivity, about generational wealth, physical and mental health alongside the social welfare of my people as a whole. Anything outside those parameters is unappreciated."

Nkosi also thanked his supporters, his franchise the Bulls and their CEO Edgar Rathbone for their understanding.

"I'd like to thank you everyone that extended a hand and a prayer. I'd like to thank my team @blue_bulls_official for their support in every way and a Special thanks to Edgar. Thank you to my people. I'm working hard and I'll be back soon to make up for lost time in a crazy way. Much love."

EXCLUSIVE | Struggling Bok star Nkosi on being missing for 3 weeks: 'I've been curled up in a ball'