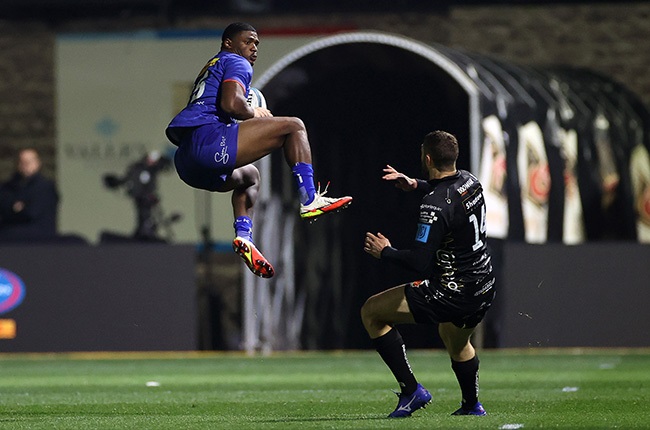 It has been a tough week for rugby in Cape Town, but there was reason to smile on Friday night as the Stormers secured their first win of the United Rugby Championship by beating Gwent Dragons 24-10 in Newport.

A pair of Leolin Zas tries in the second half got the job done for the visitors, who looked on helplessly this week as Western Province Rugby was placed under administration by SA Rugby following months of boardroom strife.

Those misfortunes did not creep onto the field, though, and the Stormers dished up a performance rich in passion, commitment and sometimes heroic defence.

While the Stormers were edged in both the possession and territory statistics in the first half, their defence was impressive with some monstrous hits characterising their efforts.

The opening exchanges saw the hosts winning the kicking battle, but the Stormers were always up for the physical battle and even though the Dragons had the bulk of the ball, they were unable to penetrate.

It was the Stormers, in fact, who opened the scoring on their first trip deep into the Gwent half when Manie Libbok knocked over a penalty from close range.

The Dragons kept coming, and in one period of play they strung together over 10 phases of ambitious attack without getting anywhere.

Replays from that period of play, however, revealed that Stormers skipper Salmaan Moerat had gone in for a tackle slightly high, and he was yellow carded as a result.

That would prove costly for the Stormers as all 10 of the Dragons' points, including a try from Josh Lewis and a penalty from Sam Davies, came while Moerat was off the field.

As the half progressed, the Stormers continued to be starved of the ball but they were rewarded with two penalties that Libbok knocked over in the 38th and 40th minutes to go into the break 10-9 behind.

The Stormers had to remain patient in the second period, and it was the always threatening Warrick Gelant who gave them the injection they needed.

The fullback stabbed through a clever grubber on 62 minutes that was gathered by Zas, who made no mistake.

Libbok missed his conversion, but he knocked over a penalty soon afterwards to extend the Stormers lead to 17-10 before a defensive howler from Sam Davies, who failed to gather a routine kick ahead, allowed Zas to mop up and go in for his second.

The win sees the Stormers move up to 8th position on the URC log.