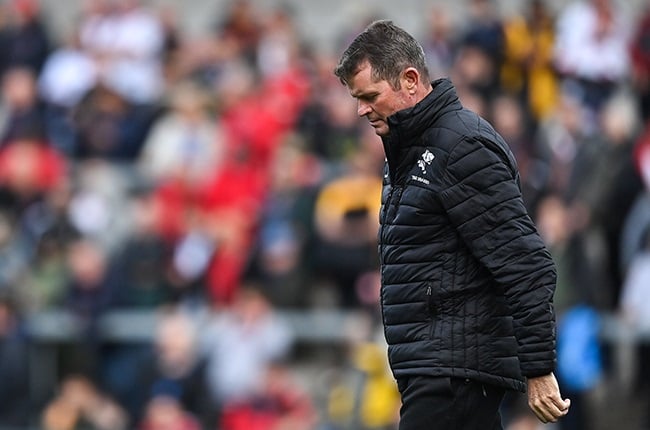 Bulls flyhalf Chris Smith's boot decided the contest in the Bulls' favour, just like Naas Botha's, Derick Hougaard's and Morne Steyn's before him.

However, Sharks coach Sean Everitt said "soft moments" did his team no favours as they went down 30-27 to the Bulls after the 80-minute hooter in the United Rugby Championship quarter-finals at Loftus on Saturday.

"We believed we could win and we prepared well," said Everitt.

"Unfortunately, there were a couple of soft moments and this is what the competition has taught us. We pressurised the Bulls in the first 20 minutes and didn't come away with the reward and then leaked a soft try.

"That's been a story of our season. It could have gone either way at the end and we could have been more fortunate in the last five minutes, where I thought we did well to put pressure on and try to earn a penalty.

"It could have turned the game in our favour but it wasn't to be. This team has tremendous character, it never gives up and we saw that against Ulster.

"I think we all understand now what it takes to win away from home."

The Sharks were locked, stocked and loaded with Springboks that were expected to turn up at the weekend.

Instead, it was homegrown prodigy Phepsi Buthelezi who came out shining the most with his spirited display in the defeat, notwithstanding Makazole Mapimpi and Siya Kolisi's industry.

Although they lost to a Bulls side that's been tough to beat at Loftus under Jake White, the Sharks left Pretoria feeling like their last two matches contrived to end their season prematurely.

They went into the last pool stage round as the highest-ranked South African team, only to finish the lowest after losing to Ulster away and condemning themselves to the Kirkness Street gallows for the playoffs.

"If you looked at the log positions, that tells the story itself," Everitt said, conceding that their season tapered out a match prior to the knockout game.

"Up until the last round of the pool stages, we didn't know who was playing who in the quarter-finals and there were opportunities for us to be able to finish second and we didn't take that opportunity.

"It's very difficult to win away from home in this competition. So, there's been a lot of learning, a lot of growth but, to be honest, the team is hurting and is extremely disappointed.

"I'm just proud of the effort and character they showed to come back from where they were in the game.

But all the South African teams have done well from where we were and how we finished off and I think South African rugby is in a good space."