Stormers defence needs to be on point against Clermont, says midfield linchpin Nel 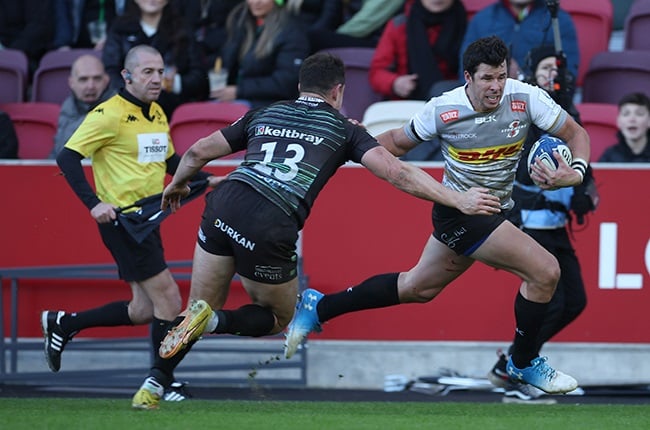 Following his return from injury, Ruhan Nel has excelled for the Stormers at outside centre in their recent United Rugby Championship (URC) and Champions Cup clashes.

A constant threat on attack, Nel has also made his presence known in defence as the Stormers turn their attention to Clermont, who they face at Cape Town Stadium this weekend.

Earlier this season in the Champions Cup, Clermont beat John Dobson's charges 24-14  in France in a Pool B Champions Cup clash despite the Cape-based side leading 14-3 at half-time.

Nel says the Stormers will need to be on top of their defensive game this weekend in the return clash.

"We had a big discussion in the week after the Clermont defeat about our defence system," Nel told the Stormers website.

"Everything starts at the point of contact. Once we no longer make dominant tackles, we become soft on the outside, and we let ourselves down in both of those departments on that day.

"Soft moments in concentration brought them back into the contest," Nel said.

Nel and Dan du Plessis, who also recently returned from injury, have struck up an impressive combination for the URC champions.

Nel says the pair have play well together.

"We have a good understanding of each other's way of thinking," Nel said.

"We feed off each other's mindsets whether we are on attack or defence.

"Playing 12 or 13 in the Stormers setup is a very demanding task. It requires an extremely high work-rate.

"So making each other feel safe on the field is very important, and that's what we try and do every opportunity we get to play together," he added.

The match against Clermont kicks off at 19:30 on Saturday.