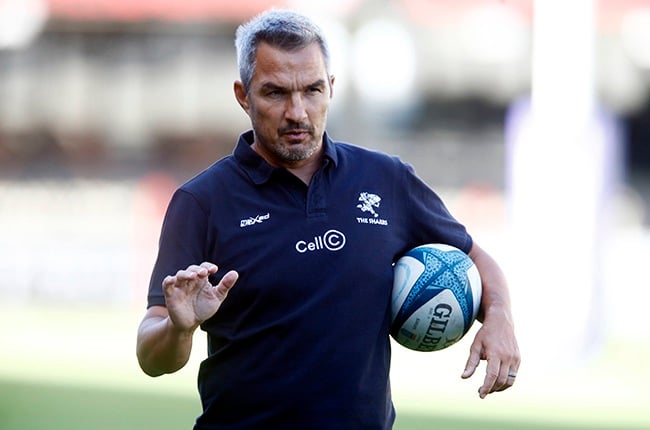 Sharks director of rugby Neil Powell’s express intent is for his unbeaten team to sow up a home playoff position in their final Champions Cup pool A game against Harlequins at Twickenham Stoop on Saturday (15:00).

The Sharks, who are second in their pool behind Leinster, have mathematically qualified for the last 16, which, if they hang onto, would give them one of the four pool home playoffs in the next round.

The Durban side was bitten hard in last year’s United Rugby Championship (URC) when they failed to wrap up a home quarter-final, which meant they went to Loftus to face the Bulls, where they lost to a Chris Smith drop-goal at the death.

"If you look at the history of the competition, the teams with home ground advantage have got a massive advantage going into even the pool games.

"They know the conditions much better and know how to play them. It will be a big advantage for us, if we can secure those."

South African teams will host round of 16 and quarter-final matches at home, but semi-finals and the final (Dublin) will be held in Europe because of an agreement between SA Rugby and European Professional Club Rugby (EPCR).

The pursuit of a home playoff still holds huge appeal for the Sharks, who have won in France already, and beaten both Bordeaux and Harlequins at Kings Park.

With one round left, Powell is likely to go with a strong team to London this week after resting a squad of senior players for their last URC outing in Connacht a fortnight ago.

"There’s always something in it (team selection), whether we make it into the round of 16 or not," Powell said about team selection tinkering.

"It definitely won’t matter regarding how we approach our next game. There’s still a lot to play for, which is obviously your home knockout game.

"If we can get more points from Harlequins, it gives us a better opportunity to secure home matches in the round of 16 and quarter-finals, if we’re successful.

"That will be one of our goals going into the Harlequins game."

The team, however, loosened the shackles on the visitors in the second half, something Powell said they’d address ahead of the Harlequins clash.

"We were dominant in that first 25 to 30 minutes but we got out of our structure and attacking shapes and made the game a bit too loose," he said.

"That played into Bordeaux’s hands because they wanted scrappy ball on the ground or to kick it through and get turnovers to kick it behind you and get their chasers after it.

"It’s something we’ll address in this week, to just be more clinical, keep believing in our shape and doing what we want to implement and not giving into the opposition’s game plan."