'We have a problem in rugby': Red cards aplenty in Champions Cup but no easy answers 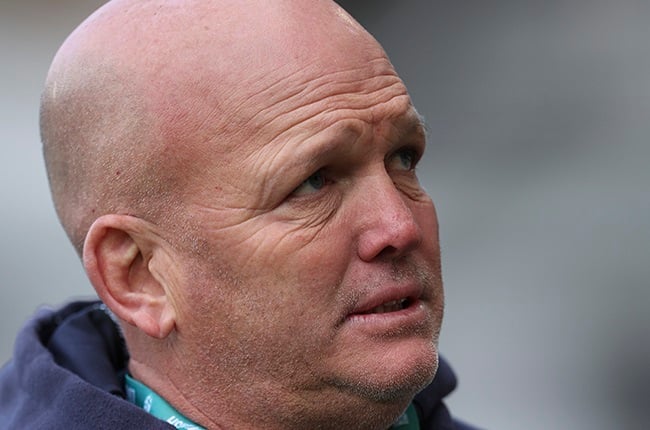 Stormers head coach John Dobson recognised that rugby had "a problem" navigating the safety laws leading to a slew of red cards weekly, despite his team beating a 13-man London Irish in the Champions Cup on Sunday.

Irish had two players sent off after their fullback Ben Loader collided head-on with Stormers pivot Manie Libbok 17 minutes in and substitute prop Ciaran Parker was ejected early in the second half for a dangerous cleanout on poacher Deon Fourie.

Libbok has been ruled out for at least one week as a result of failing a head injury assessment after the knock, with the full extent of his layoff to be determined by further concussion protocols.

The two sending-offs, plus two yellow cards for each team, contributed significantly to a promising contest disintegrating into a crappy display that the Stormers won 28-14 at the Brentford Community Stadium.

"I would differentiate Ben Loader's thing, which happens at high speed than [Parker's], where Deon Fourie got hit," said Dobson after the match.

"We can control that to a larger degree than Loader's head clash situation. But we do have a problem in rugby.

"It was a cracking game until the numbers went down. I felt we got poorer and Irish played the only way they could, which was to dominate possession."

Often, it's led to an uneven contest, with all structure going out the window and the spectacle getting reduced to a free for all.

"It's tricky for me. It's such a complex issue that's dominating the game," said Dobson.

"I do feel strongly that the 'jackalers' contesting for the ball must be protected from leading shoulders and that sort of thing.

"That's really controllable. But we've got a greyer area in what we call 'traditional' rugby collisions. Of course, you can't have a Springbok flyhalf going off concussed and I'm sure it's a red card.

"But that's something that we, as a game, have to get better. I do know, from the limited level I played in, that when you go for a cleanout, you can control that much easier than a clash of heads at high speed.

"I respect, understand and agree with the red cards, full stop. But this rugby collision story is a tricky area."