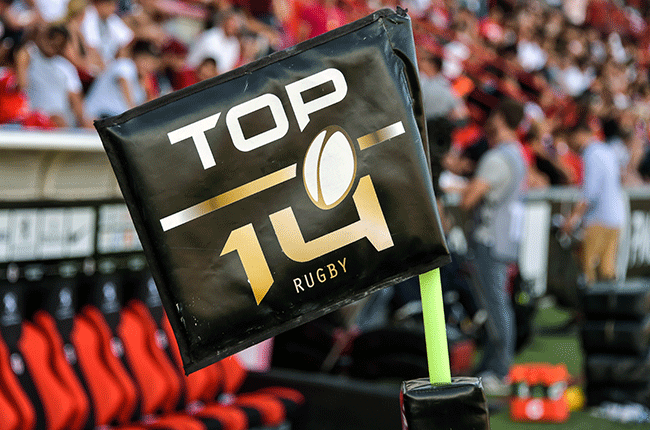 Montpellier wing Arthur Vincent said his side were in a "serious situation" after Tonga's Ma'amai Vaipulu scored late in Castres' 21-19 Top 14 win at the GGL Stadium on Sunday.

Substitute back-rower Vaipalu crossed with eight minutes to play to leave the hosts, who replaced sacked Xavier Garbajosa with former France head coach Philippe Saint-Andre earlier this month, in the relegation play-off spot and without a victory since December 4.

"It's a very serious situation, and we all know that.

"We have to keep a good attitude, it's difficult. We're not dead yet, we still have to fight."

Saint-Andre made four changes from last weekend's loss at Brive but former England U20s winger Gabriel Ibitoye was forced to wait for his debut after joining from bottom of the table Agen midweek.

Fijian winger Filipo Nakosi was replaced by Bastien Guillemin in Pierre-Henry Broncan's line-up after being banned for a dangerous tackle in last Saturday's win over Agen.

The hosts, backed by Syrian-born billionaire Mohed Altrad, led 16-11 at the break as Henry Immelman scored a try and Anthony Bouthier added the conversion and three penalties.

Julien Dumora dotted down for the visitors as Benjamin Urdapellita kicked two penalties.

Bouthier, who was named in France's Six Nations squad earlier this week and Argentina fly-half Urdapilleta traded further penalties in the second half before back-rower Vaipulu claimed the crucial score.

Les Bleus back-rower Anthony Jelonch charged forward inside the Montpellier 22m and off-loaded for Vaipulu, who featured at the Rugby World Cup two years' ago, to crash over from short range with eight minutes left.

Saint-Andre's side, who were Top 14 losing finalists in 2018, are now two points behind Bayonne in 12th place as Castres move up to ninth.

Later, Toulon travel to Racing 92 and have South Africa's Rugby World Cup winner Eben Etzebeth returning from concussion after being sidelined since mid-December.

On Saturday, Jean-Pascal Barraque's first penalty goal in more than four years took Clermont to fourth in the Top 14 with a 16-16 draw at Bordeaux-Begles.

Elsewhere, Australia fullback Jesse Mogg made his first appearance since April 2019 after recovering from a tibia injury in Pau's 23-22 win at Bayonne.

We live in a world where facts and fiction get blurred
In times of uncertainty you need journalism you can trust. For 14 free days, you can have access to a world of in-depth analyses, investigative journalism, top opinions and a range of features. Journalism strengthens democracy. Invest in the future today. Thereafter you will be billed R75 per month. You can cancel anytime and if you cancel within 14 days you won't be billed.
Subscribe to News24
Related Links
Johan Goosen signs for Bulls - report
Eddie Jones watches Billy Vunipola's Saracens downed by Ealing
French board approves CVC's multi-million Six Nations deal
Next on Sport
Resurgent Lions scrummy Sanele Nohamba 'not focused' on Boks but 'in a really good space'