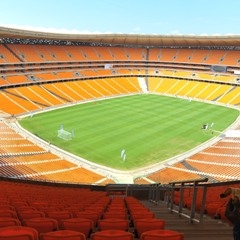 Cape Town - The Varsity Cup board on Friday confirmed that Varsity Cup matches will resume on Monday, March 14.

“A decision was taken to continue with this year’s tournament by allowing all Varsity Cup matches, including Varsity Shield, Koshuis Rugby and Young Guns to recommence,” says Duitser Bosman, Varsity Cup CEO.

The first Varsity Cup matches of the catch-up rounds will take place at FNB Stadium in Soweto on March 14 and will be open to the public. Venues for matches scheduled for March 21, 24 and 28 are still to be determined. Tickets to the matches at FNB Stadium will be available at the gates at R20 a ticket.

Varsity Cup continues to drive the grassroots development of the sport whilst providing the platform for players to be recognised for progression into provincial and national squads.

“The support of the universities and fans over the past few weeks has been tremendous and is greatly appreciated. We invite everyone to continue following the action through the live updates on our digital platforms, as well as through the SuperSport broadcasts of various matches,” concludes Bosman.

The Varsity Cup fixtures have been adjusted to include four more rounds of action, before the semi-finals and finals in April.

We live in a world where facts and fiction get blurred
In times of uncertainty you need journalism you can trust. For only R75 per month, you have access to a world of in-depth analyses, investigative journalism, top opinions and a range of features. Journalism strengthens democracy. Invest in the future today.
Subscribe to News24
Related Links
Kings brace for high-tempo Kiwis
Lions happy to play under closed roof
Carel's son has 'x-factor'
Next on Sport24
Pote Human heading back to the Free State as Shimlas coach