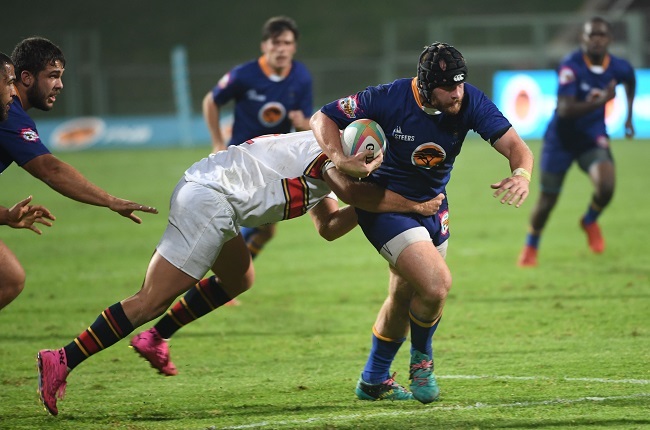 Wits skipper Constant Beckerling has been an inspiration for years. (Gallo Images)

Xhanti-Lomzi Nesi, the Varsity Cup tournament director, has given the assurance that its board's decision to delay the start of its third bio-bubble is the exact type of contingency plan built into the tournament's planning for 2021.

This course of action was confirmed on Monday evening, with the final window of fixtures now only commencing on 17 May - a week later than planned - after the conclusion of the second bubble was compromised by three players from Tuks testing positive for Covid-19.

As a result, their meeting with table-topping Ikeys was cancelled and declared a 0-0 draw.

The final will now take place on 31 May.

"It was always our intention to complete the tournament by the end of May, because of university examinations in June," said Nesi.

"As such, we built in a buffer week to deal with any unknowns that would require us to re-shuffle dates.

"During discussions with the member universities after the second bubble, we agreed that an additional week's break before the third bubble would serve the entire competition well."

That would indeed seem like a prudent decision, but it's also fraught with challenges.

Much like protocols at senior level, the players and coaches are only part of a bio-secure environment during a specific window of fixtures.

In between, the onus lies with them to keep healthy.

It's also understood that broadcasting staff and officials have been allowed freedom of movement, meaning there's a potentially fine margin for compromising the bubble from the outside.

Nesi said the extended break would allow for more Covid-19 testing to take place and give injured players more time to recover before the tournament's climax.

"As always, our main priority is ensuring the health and safety of all our student athletes and management staff."

We live in a world where facts and fiction get blurred
In times of uncertainty you need journalism you can trust. For only R75 per month, you have access to a world of in-depth analyses, investigative journalism, top opinions and a range of features. Journalism strengthens democracy. Invest in the future today.
Subscribe to News24
Next on Sport24
WRAP | Varsity Cup - Round 6