Welsh rugby chiefs rule out merger for regions in 2019/20 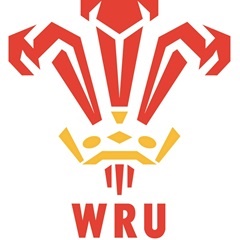 London - The four existing Welsh regions will continue to play separately for the 2019/20 season after the Professional Rugby Board (PRB) ruled out a merger that threatened to plunge the sport into turmoil.

The Scarlets and Ospreys ultimately opposed the unpopular plan as part of the controversial 'Project Reset', which aimed to change the face of rugby union in Wales.

Under that blueprint a combined Scarlets and Ospreys region in the west of the country, along with Cardiff Blues, the Dragons and a side in north Wales would have made up the four professional teams.

It was set to be Welsh rugby's biggest domestic shake-up since the inception of regional sides 16 years ago but it faced immediate hostility.

The PRB, made up of representatives of the four regions and the Welsh Rugby Union, said in a statement on Wednesday that it was "united in its pursuit of what is best" without outlining plans beyond next season.

"The Cardiff Blues, Dragons, Ospreys and Scarlets will continue to represent Welsh professional rugby in domestic and European competition for season 2019/20," the PRB statement read.

"Although the PRB has previously supported the principle for a proposed merger of two teams, it has since been noted that this merger has been deemed 'off the table' by both interested parties.

"This means that budgets have subsequently been approved and player contracting can be concluded, with an emphasis on securing Welsh talent.

"It is hoped that the emotion generated by the exploration of merger options can now be translated into support for the professional Welsh teams, helping create a sustainable future for the game in Wales. "

Project Reset was launched to deal with the problems Welsh domestic rugby has had competing with wealthy clubs in England and France.

Although Wales were crowned Six Nations champions at the weekend, no Welsh region has ever won the European Cup, while a number of high-profile players have been lured to play club rugby in England and France.

We live in a world where facts and fiction get blurred
In times of uncertainty you need journalism you can trust. For only R75 per month, you have access to a world of in-depth analyses, investigative journalism, top opinions and a range of features. Journalism strengthens democracy. Invest in the future today.
Subscribe to News24
Related Links
Kings name squad for trip to Belfast
Stormers turning back the clock defensively
Bulls: Struggling Chiefs can 'click' at any time
Next on Sport24
Cheetahs hooker Jacques du Toit joins Bath