Tries in rugby union can no longer be scored by grounding the ball against the post protector, World Rugby announced on Tuesday.

The law change, which comes in with immediate effect, was approved by the global governing body's council on Tuesday.

World Rugby, explaining the amendment to law eight, said that with defending players currently obliged to stay behind the goal-line, and post-protector shape and size increasing for welfare reasons, it was increasingly difficult for teams to legally defend the area.

They also pointed to "extreme cases", where the padding had been lifted or moved by defending teams to make it harder for their opponents to score tries, thereby exposing players to increased risk of injury.

From now on the post protector will no longer be considered an extension of the goal-line.

"World Rugby's mission is to make the game as simple, safe and enjoyable to play as possible," chairman Bill Beaumont said.

"This law amendment reflects that mission. By stipulating that an attacking team can no longer score against the post protector and therefore must ground the ball in-goal, this gives defending teams a fair chance of preventing a try from being scored."

We live in a world where facts and fiction get blurred
In times of uncertainty you need journalism you can trust. For only R75 per month, you have access to a world of in-depth analyses, investigative journalism, top opinions and a range of features. Journalism strengthens democracy. Invest in the future today.
Subscribe to News24
Related Links
Stonehouse: Excessive contracting comes back to bite local rugby
French club signs 145kg Tonga prop
Champions Cup final in Marseille set for October 17
Next on Sport24
'Not good enough' fumes Ireland coach Farrell despite Georgia win 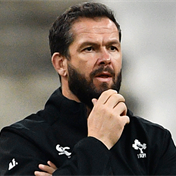