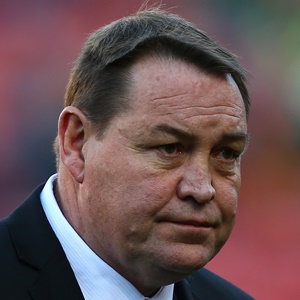 Wellington - New Zealand media on Monday said the All Blacks were desperate to atone for their darkest hour when they meet France in the World Cup quarter-finals in Cardiff next weekend.

The clash is at the Millennium Stadium venue where France staged a stunning upset to dump the over-confident New Zealanders in the quarters of the 2007 tournament.

The 20-18 loss is still raw for many Kiwis, particularly since the French also eliminated the All Blacks from the 1999 World Cup.

New Zealand want to "exterminate the ghosts of 2007" Fairfax Media's Liam Napier wrote, while New Zealand Herald rugby writer Patrick McKendry asked: "It's France - could it be any other nation?"

"The All Blacks will once again face their World Cup nemesis in a quarter-final in Cardiff, eight years after their nightmare exit at the same stage in the same stadium at the hands of the Tricolours," he added.

While the All Blacks narrowly beat France in the 2011 final, TV3's David Di Somma said the opportunity to exact retribution on Les Bleus in the Welsh capital was a "dream scenario".

"It's the replay, it's what everyone wants to see, although I know some people are going to dread it," he said.

"I think this All Blacks team, deep down, they want to repay what happened in '07."

There is a general expectation that the All Blacks should live up to their billing as tournament favourites and dispose of the French, who limped to a 24-9 loss against Ireland in their final pool match.

"(New Zealand) have got so much X-factor in that backline and the French team (against Ireland) didn't show us much... they were outclassed," Di Somma said.

Fairfax columnist Mark Reason said France should present few problems if coach Steve Hansen's assurances that the All Blacks had plenty in reserve after their pool matches prove correct.

"If... New Zealand really have been holding stuff back, then next Sunday in Cardiff should be a day of vengeance," he wrote.

But there was caution from Napier, who complained: "You never know what you're going to get with the French."

"Against Ireland they were erratic and inaccurate; unable to seize on the wounded beast before them this weekend (against New Zealand) they could be brilliant."

Herald columnist Chris Rattue said he rated the All Blacks only a 50-50 chance to advance, saying France was the worst possible draw they could have faced.

"The French have a history of upsetting the All Blacks and will be charged up after ordinary efforts in the pool games," he said.

"The All Blacks, meanwhile, have not been tested properly while allegedly fiddling about in third gear, and don't know the French the way they know their southern hemisphere opponents."

Read more on:
all blacksrwc 2015rugby