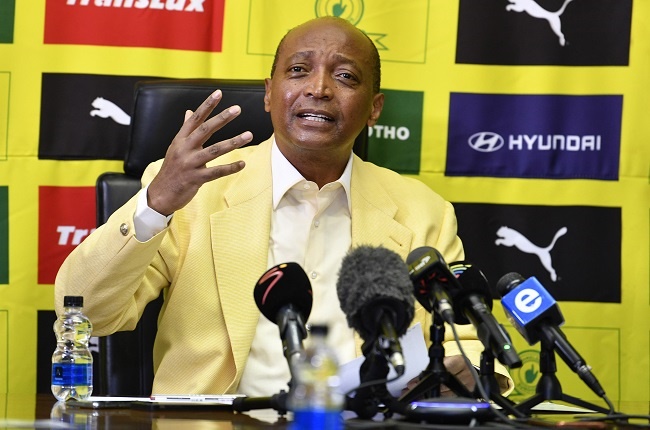 Mamelodi Sundowns' billionaire boss Patrice Motsepe is all but confirmed as the next president of the Confederation of African Football (CAF).

The 59-year-old's candidacy was given the greenlight by FIFA in January alongside Augustin Senghor, Jacques Anouma and Ahmed Yahya.

However, last week FIFA president Gianni Infantino brokered a deal with Senghor, Anouma and Yahya to withdraw from the CAF presidential race.

Senghor and Yahya will become the new CAF vice-presidents while Anouma is set to be a special advisor and consultant to Motsepe.

The only individual that could pose a threat to Motsepe was outgoing president Ahmad Ahmad.

He now remains ineligible to run for another term after his five-year suspension was reduced to just two years on Monday after his appeal.

With the Sundowns boss running unopposed, it is inevitable that Motsepe will be announced as the official CAF president when the elections take place on Friday, 12 March.

Here, Sport24 highlights some of the billionaire's best quotes over the years:

During an interview with Forbes in 2011:

"I've heard people say South Africans are arrogant, that they act no differently from their colonial masters. That needs to change. It's in your business interest as an entrepreneur to form meaningful partnerships. That's how you do well for your shareholders."

Giving clarity on his CAF presidential run and handing over Sundowns duties to his son:

"Sundowns will never lose me. My heart and soul will always be with Mamelodi Sundowns. But why my wife is here‚ and why my children are here is because of the deep‚ deep emotional commitment we have to Mamelodi Sundowns. And I'm talking here not just of the love but also the financial commitment. If I'm honoured and privileged and elected, I will have to step aside [at Sundowns]. So, I've got to step away. And so‚ in our culture my son (Tlhopie Motsepe) is going to be - you know‚ you don't want to pre-empt the thing - but he's going to be the new chairman. And his mother will be there‚ and his brothers will be there.

Apologising to the public for Sundowns fielding an ineligible player during the Nedbank Cup final:

"I would like to apologise to all the supporters and members of the Mamelodi Sundowns Family, as well as the organisations that are involved in football and all the people who love and follow football in South Africa and on the rest of the African Continent, for Tebogo Langerman being listed as a substitute during the recent Nedbank Cup final, contrary to the rules of the PSL and SAFA. In my capacity as President of Mamelodi Sundowns I am responsible and accountable for everything that happens at Mamelodi Sundowns; whether I knew or did not know or was not aware or involved in the matter."

Motsepe revealing that he had to break the bank to keep Pitso Mosimane at the club:

"Pitso is not competing for the South African league ... you can't pay him what you pay South African coaches. He is competing against the best on the continent and against the best in the world. That's why I'm saying you've got to go to the bank and say, 'Can you please extend my overdraft?' What Pitso earns, with the greatest amount of respect, is confidential [but] we learnt this not just in business but in football: we have to pay our people very well or else you will lose them. That's why I am happy that we were always fighting to keep our people because they make us better."

"I have said that I want Pitso to be the Alex Ferguson of Mamelodi Sundowns and that means I want to keep him for as long as he wants to be here. But at the same time, I also want to see him grow because can you imagine for example if he were to coach one of the European clubs or even our national team. Pitso is black, he is African, he is South African, and he is one of us, you have to feel a sense of unique pride."

"We would like to honour Mr Motaung for his sacrifices and all he has done for football in the country. We refer to Ntate Motaung as 'Our father of football' because he has done so much for the game here at home and globally."

After securing a mega deal with European giants Barcelona to play Sundowns in South Africa:

"This game is important for South African football. We are humbled as Mamelodi Sundowns to play our part in a match that’s also part of the Nelson Mandela centenary celebrations. But this is mainly for the youth. I know how big this is for the youth. I remember when I was a young follower of football and I went to the Orlando Stadium and watched all the great players. They inspired me. Some of them are alive today and they don’t know it was such an honour for me to just touch them. There are many young footballers and we know that watching Messi and Iniesta will inspire them to realise their dreams, whatever dreams those might be."

We live in a world where facts and fiction get blurred
In times of uncertainty you need journalism you can trust. For only R75 per month, you have access to a world of in-depth analyses, investigative journalism, top opinions and a range of features. Journalism strengthens democracy. Invest in the future today.
Subscribe to News24
Related Links
Anouma pulls out of CAF presidency race, backs SA billionaire Motsepe
FIFA favours Patrice Motsepe for CAF presidency
Patrice Motsepe's eldest son ready to deputise at Sundowns if he becomes CAF president
Next on Sport24
Broos to miss Cosafa Cup as Helman Mkhalele names 20-man Bafana Bafana squad