Bafana boss Hugo Broos: 'It's the perfect moment to build a new team in South Africa' 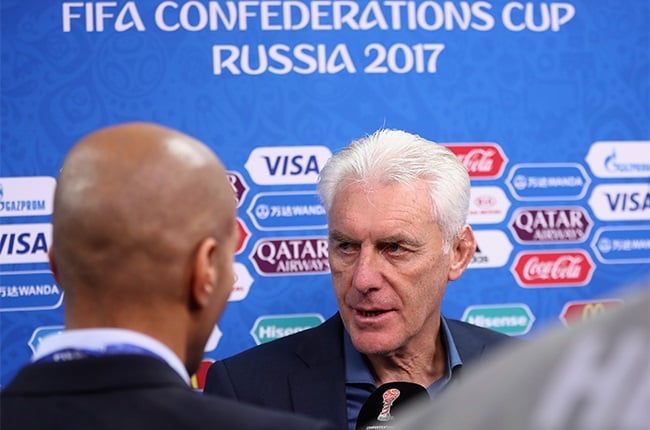 New Bafana Bafana head coach Hugo Broos on Wednesday revealed his plans to focus on youth and that now was the perfect time to rebuild the Bafana Bafana team, with an emphasis on young players.

Speaking at his unveiling as the 19th head coach of the senior men's national team, the Belgian revealed his exciting plans to rebuild a completely new Bafana Bafana squad.

"First of all I have to say that I am very proud and very happy to be the new coach of South Africa," Broos said.

"It's always been a country in which I wanted to work and today I am here. So I am very happy and very proud.

"Secondly, the information that I've gathered in the last few weeks and the analysis that I've compiled has made me believe that it is now the perfect moment to rebuild a new team in South Africa."

"I was a little bit surprised when I saw the recent selections of the last few games that there were such a lot of players who were 30-years-old and older. I think we have to rebuild the team to a much younger team and where I can use the example of my previous experience at Cameroon, I did the same there."
Hugo Broos

TIMELINE | A turbulent chronology of Bafana's coaches since readmission

"I've experienced that when you work with younger players they are very motivated and hungry to prove themselves," said Broos.

"Even myself as a player, I can say that when I was above the age of 30 I lost a bit of that motivation and hunger which is less and you end up just being happy to be there with the national team.

"Now with South Africa having not qualified for next year's Afcon tournament, this is the moment to build a new and younger team.

"This younger team may struggle to qualify for the World Cup but may be ready for the following Afcon."

Bafana Bafana's next competitive fixture is a Group G World Cup qualifier away to Zimbabwe on 5 June.