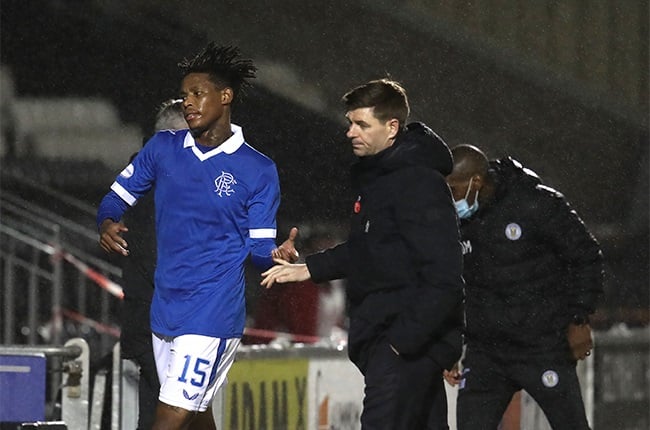 Midfielder Bongani Zungu on Wednesday apologised to Rangers fans for his actions that resulted in him being suspended by the club for a Covid-19 breach.

Zungu was suspended by the club with manager Steven Gerrard saying he felt "let down".

The on-loan Bafana Bafana international looks likely also to now have blown any chance at a permanent transfer to the Scottish club.

According to GlasgowLive, the 28-year-old has finally broken his silence by issuing a groveling apology to the club and its fans.

"I'd like to apologise to the Rangers fans. It's been a great season so far for the club and my message is I’d like to apologise and hope the fans can continue to support us and we can put this behind us and focus on the future," said Zungu.

He was one of five players dropped from the squad as they were forced to self-isolate following a gathering that was broken up in the early hours of Sunday morning.

Rangers hold a huge 18-point lead at the top of the Scottish Premiership standings and need just a further seven points to clinch the league title, their first since the 2010/11 season.

We live in a world where facts and fiction get blurred
In times of uncertainty you need journalism you can trust. For only R75 per month, you have access to a world of in-depth analyses, investigative journalism, top opinions and a range of features. Journalism strengthens democracy. Invest in the future today.
Subscribe to News24
Related Links
Kaitano Tembo says Orlando Pirates draw 'probably a fair result'
Josef Zinnbauer: 'Pirates need to score if we want to beat good teams'
Orlando Pirates held to frustrating draw by SuperSport as both sides drop points in title race
Next on Sport24
SAFA referee dies after 'freak' car accident