Evidence Makgopa 'had a sleepless night' before Bafana Bafana heroics 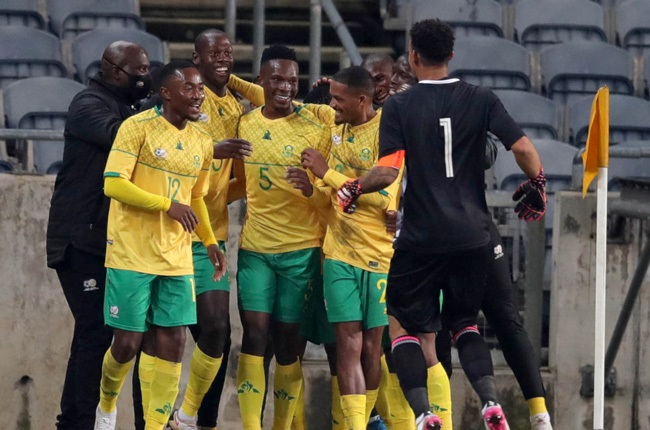 Evidence Makgopa was delighted with his two goals as Bafana Bafana defeated Uganda 3-2 in an international friendly on Thursday.

Ibrahim Orit opened the scoring at the Orlando Stadium for the away side on the 17th-minute mark before Makgopa levelled with his first goal just after the hour mark.

Bongokuhle Hlongwane then put South Africa ahead with 67 minutes played as Makgopa looked to put the result beyond doubt with seven minutes of the match remaining, ahead of an 89th-minute consolation goal from Abdul Lumala.

Reflecting on the game, Baroka player, who came on as a second-half substitute to make his debut, told FARPost, it felt "like a dream".

"To be honest, I had a sleepless night (last night) because my heart was full of joy.

"Although it feels like a dream, I knew this will happen if I were to be given a chance at Bafana."

Makgopa added: "I told myself that 'just be yourself boy, you can do this, now it's time to show the nation that you are a real deal'.

"Everyone was happy for me in camp, I honestly enjoyed every minute at Bafana Bafana, and I will cherish that moment forever."

Meanwhile, Bafana Bafana will only return to action in September when the 2022 World Cup qualifiers kick-off as they face Zimbabwe and Ghana.

We live in a world where facts and fiction get blurred
In times of uncertainty you need journalism you can trust. For only R75 per month, you have access to a world of in-depth analyses, investigative journalism, top opinions and a range of features. Journalism strengthens democracy. Invest in the future today.
Subscribe to News24
Next on Sport24
Bafana hero Makgopa reveals what Mkhalele told him privately before starring against Uganda

Choose your newsletters
Voting Booth
Having lost the first Test against the British & Irish Lions, can the Springboks recover to win the series?
Please select an option Oops! Something went wrong, please try again later.
Yes, they will win the series 2-1. Go Bokke!
59% - 4435 votes
The Boks will win a Test, but will lose the series 2-1.
25% - 1888 votes
It's not looking good. A 3-0 whitewash is on the cards.
16% - 1172 votes
Previous Results
Tokyo Olympics
SA's Maswanganyi, Jobodwana take some positives after missing out on 200m final