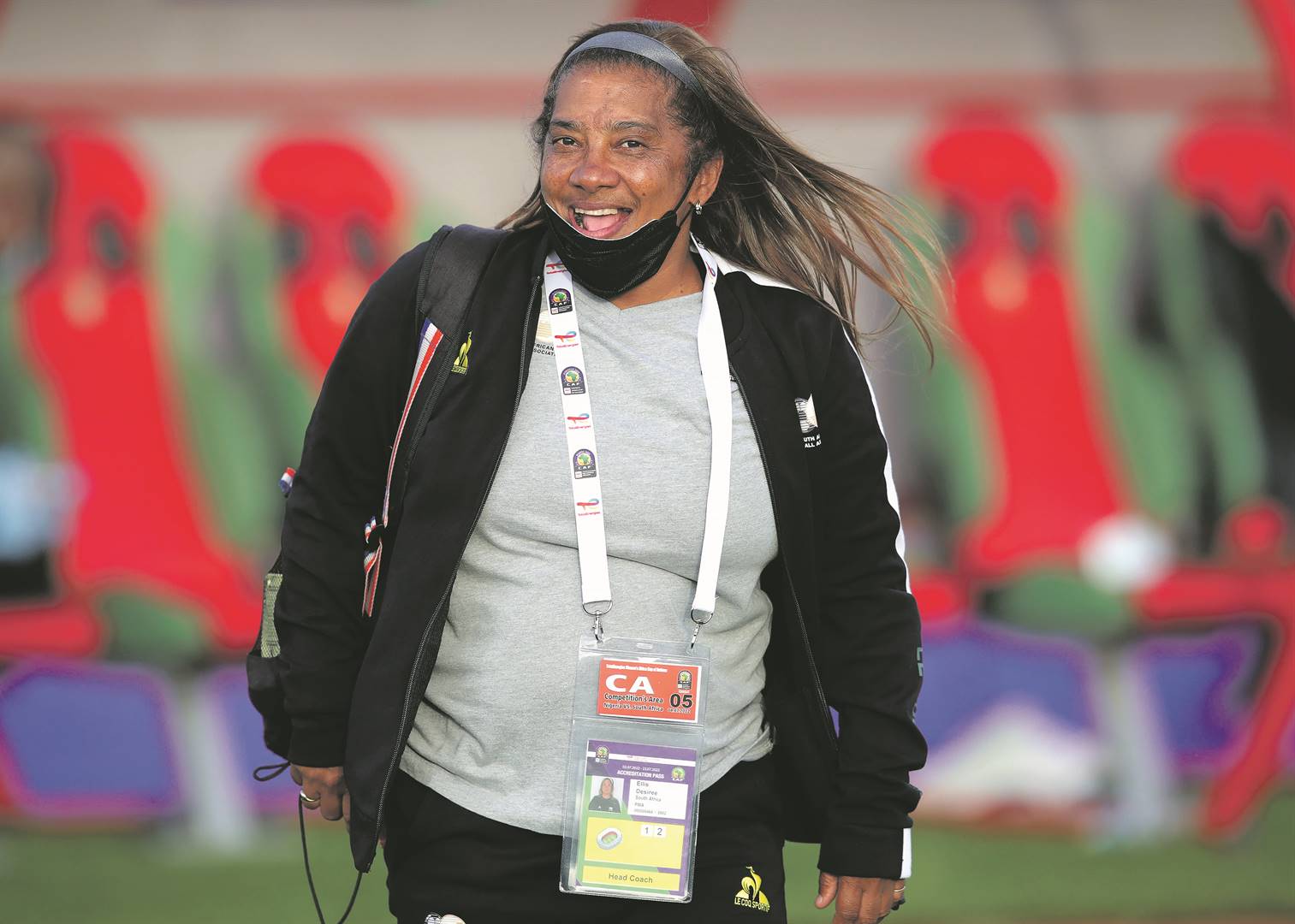 Banyana Banyana clawed their way to a 3-1 win over Burundi in the Women’s Africa Cup of Nations encounter on Thursday at the Moulay Hassan Stadium in Morocco.

The victory ensured Desiree Ellis’ charges advanced to the quarter-finals of the prestigious competition.

After kick-starting their tournament with a 2-1 victory against mighty Nigeria on Monday, Banyana wanted to secure their ticket to the knockouts against lowly-ranked Burundi.

However, Burundi showed they would not be pushovers and put up a real fight as Banyana dealt with complacency. Banyana registered 28 shots with 16 on target; however, they only scored three in the end.

Thembi Kgatlana scored for South Africa at the 20th-minute mark after Burundi’s defence did all they could to shut up shop.

But 10 minutes after taking the lead, Burundi made a rare attack and netted an equaliser through Aniella Uwimana from close range.

Burundi’s euphoria of equalising did not last long as Amogelang Masego Motau gave Banyana the lead two minutes later with a superb strike.

Substitute Linda Motlhalo netted from the penalty spot to solidify the 3-1 win.

South Africa will play their final Group C fixture on Sunday against Botswana.

80' Irakoze with another sublime safe to keep the scoreline modest for the losing Burundi side.

72' RED CARD! Burundi are down to 10 women after Annociate Nshimirimana is given her marching orders.

62' CHANCE! Motlhalo tries to find the back of the net for the second time as she is in space but sees her effort go narrowly wide.

Motlhalo ensures that her penalty reaches the back of the net to extend South Africa's lead.

Just one substitution made by Banyana with Moodaly replaced by Motlhalo.

45' We're back underway here for the second stanza.

48' Seoposenwe sees her penalty saved by the Burundi shotstopper Irakoze.

45' PENALTY! Seoposenwe was brought to the floor.

34' CHANCE! Kgatlana misses from close range, while Seoposenwe was wide open to tap the ball home.

That was disappointing to witness. Poor decision-making from Kgatlana.

And just like that, Banyana regain their lead with a powerful strike from Motau after Burundi failing to clear the danger.

What a turn of events! Burundi have equalised here as Banyana's defence falls to sleep following a rare attack and Uwimana makes no mistake from close range.

25' CHANCE! Irakoze comes to Burundi's rescue again as Kgatlana burst through but her first touch was a bit to hard and the goalkeeper booted the ball to safety.

It was long time coming as Banyana continued to probe Burundi. This time, Cesane tees up Kgatlana as she easily passes the ball into the bottom left corner.

14' Another moment and an opportunity missed for Banyana as Kgatlana did all she could to feed Moodley but a courageous Burundi defence putting their bodies on the line.

7' Not much of a slow start as Banyana has had no less than three chances at goal but not finding the target. Burundi have been lucky with the scoreline still goalless.

Banyana will likely score in this fixture if they keep up their attacking intent. They should find the target with more chances.

1' The first half is now underway!

The teams are out on the field of play and after the national anthems, the first half whistle will soon sound off...

Desiree Ellis has opted to make three changes from her side that secured a victory on Monday night against Nigeria.

Banyana Banyana players got surprise messages from their loved ones back home as the team continues with their #TotalEnergiesWAFCON2022 campaign.

Burundi, meanwhile, have suffered a 4-2 loss in their Group C opener against Botswana on Monday evening and will be looking to redeem themselves against Banyana on Thursday evening.

"We are always looking for improved performances, to be better and to get better. We always want to make sure that we don’t concede,” said Ellis.

"We also need to make sure that we [keep our concentration]. We have watched Burundi over a number of games against Tanzania, Uganda and recently against Botswana. They pose a threat but like I said, we don’t want to underestimate any team because every game is a new game."

Coach Desiree Ellis' charges have been one of the top trending topics since their stunning win against the Super Falcons on Monday, but the South African senior women's national team mentor now wants her players to attend to the task at hand against Burundi and secure the victory they need to cement a path to the quarter-finals.

Banyana went on to claim a crucial 2-1 victory against the tournament favourites Nigeria courtesy of goals from  Jermaine Seoposenwe and Hildah Tholakele Magaia.

Banyana Banyana have put their Women’s Africa Cup of Nations (WAFCON) opening match heroics against Nigeria behind them and they have now turned their full attention to the coming assignment against tournament debutants Burundi.

LIVE scoring and commentary from the Women's Africa Cup of Nation Group C encounter between Banyana Banyana and Burundi.

Go to top
We live in a world where facts and fiction get blurred
In times of uncertainty you need journalism you can trust. For 14 free days, you can have access to a world of in-depth analyses, investigative journalism, top opinions and a range of features. Journalism strengthens democracy. Invest in the future today. Thereafter you will be billed R75 per month. You can cancel anytime and if you cancel within 14 days you won't be billed.
Subscribe to News24
Next on Sport
In good Kompany: How SA football's brightest star Lyle Foster landed dream English transfer