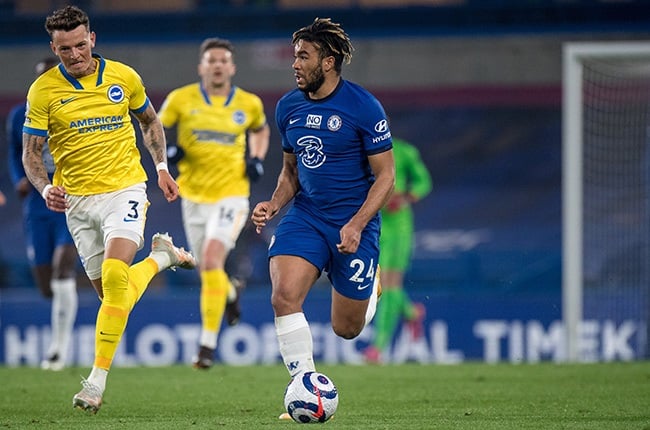 Reece James revealed on Thursday that burglars broke into his house and stole his Champions League winners' medal while he was playing for Chelsea in a European tie this week.

The right-back, who featured for the Blues in their 1-0 win against Zenit St Petersburg on Tuesday, confirmed that his Champions League and Super Cup winners' medals and Euro 2020 runners-up medal with England had been taken.

"On the evening of the 14th of September 2021 when I was playing for my club in the return of the Champions League, a group of cowardly robbers broke into my house," he posted on Instagram.

"They managed to collectively lift a heavy safe containing some personal items of mine into their car."

James, who was part of the Chelsea team that beat Manchester City in the Champions League final in May, put up four video clips of the intruders on Instagram.

The 21-year-old defender said those investigating the crime were "closing in" on the perpetrators.

"These medals were won representing Chelsea and England -- honours that can never be taken away from me whether or not I have the physical medals to prove it," he said.

"Nevertheless, I am appealing to all my Chelsea and England fans to help identify and turn in these low-life individuals who will never be able to rest easy as the evidence is mounting against them.

"Luckily, no one was present during the break-in," he added.

"But I want to let all of you know I am safe and well. I really do appreciate having the platform to tell you all about my misfortune and I hope together we can catch these individuals and deliver justice where it is due."

We live in a world where facts and fiction get blurred
In times of uncertainty you need journalism you can trust. For only R75 per month, you have access to a world of in-depth analyses, investigative journalism, top opinions and a range of features. Journalism strengthens democracy. Invest in the future today.
Subscribe to News24
Next on Sport24
Ronaldo salvage job masks Man United failings